AD Post in collaboration with Scotty Brand Scotlands leading potato producer, who grow their potatoes with love and care in Scotland

Fanny Cradock famously claimed that there were 450 ways to cook potatoes, in classical cookery, that she knew about anyway. She would love that Scotty Brand were championing shoppers to support Scottish products by digging up those old and retro recipe favourites and elevating the spud from humble to honoured. Fanny was upset however that they so often only ended up simply being boiled, baked, roasted or fried. An after-thought. Fanny herself loved the flavour, versatility, nutrition and all round goodness of the common spud. She celebrated the history they were connected with, and the historical recipes they inspired. Fanny was ever keen to 'surprise' us all with potato dishes to bring any meal to life, such as sweet puddings (yes!), soufflées, galettes, and well, hundreds of other ways to treat the otherwise humble potato.  Fanny always used potatoes in season, and gave hints and tips to store them correctly, to enjoy all year round. Potatoes could be the main attraction in any meal, or the accompaniment. They still can... Scotty Brand potatoes come straight from selected Scottish farms, where they are carefully grown and harvested seasonally. Fanny would've loved them. Perfect. 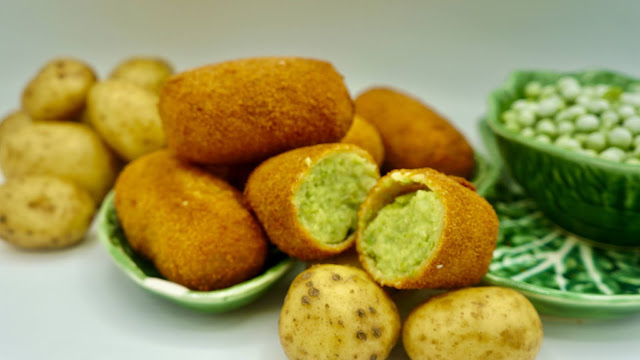 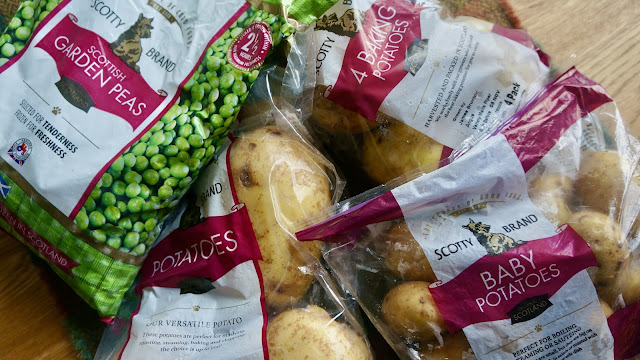 Fanny Cradock was not alone in her love of the potato. Looking back through my bookshelves groaning with vintage cookbooks, there are quite a few dedicated to the love of potatoes. Yup, entire books on potatoes. You just wouldn't get that today - Spuds Nadiya Likes? Bish Bash Smash - Jamie does Potatoes? Potatoes à la Nigella? Unless of course Scotty Brand considered reviving this and publishing their own? In the 1930s, television cook Marcel Boulestin, released his book - 101 Ways of Cooking Potatoes - giving well, 101 ideas to transform the modest potato like a true French gastronomic genius. He noted that although potatoes were 'expected' at least twice a day, they were taken for granted and often found themselves at the bottom of lists of vegetables. He suggested fabulous ideas to ensure potatoes were the stars of any menu, from soups to the sweet course. After the war, 'Potato Pete' was drafted in to help housewives stretch the rations at home, with tempting tattie pies and spud-filled casseroles. Zoom forward to the 1970s, and you'll find TV cook Zena Skinner who joined forces with the Potato Marketing Board to publish Spuds Galore - opening with a quote from the Merry Wives of Windsor proclaiming 'let the sky rain potatoes'... Sadly Zena could only manage to stuff a mere 76 recipes into her pages. She clearly needed some help from Fanny, as we all did. Fanny wins. 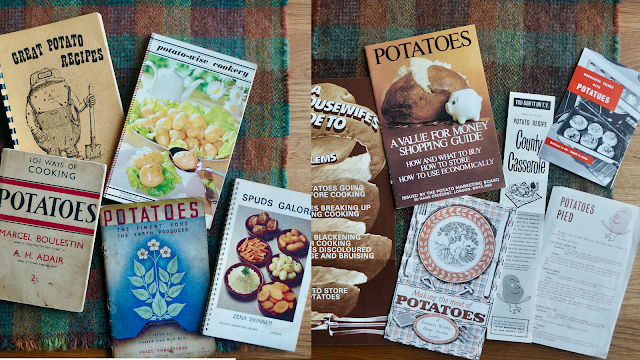 Fanny Cradock championed one particular potato recipe above all others, and one that crops up in all my recipe books of the past. Perhaps forgotten today, unfairly, the marvellous Duchess Potato surely should be revived and celebrated once again? The name alone promises a potato elevated well above the usual, but in reality it is simply a fancy mashed potato. Fanny loved to fancy them up even further by adding harmless vegetable food colouring. Her choice of colouring was green, her own invention to celebrate the launch of her autobiography. What else says 'buy my book' like green, mashed, vitamin C packed potato after all? Fanny piped them into fantastical shapes, baked them and surprised all her guests with her colourful delights. These days, I replace the food colouring with puréed peas, handily Scotty Brand also have some freshly frozen, which have the same effect really, adds more nutrition and just as much colour and taste fantastic. I'm surprised Fanny never thought of it. 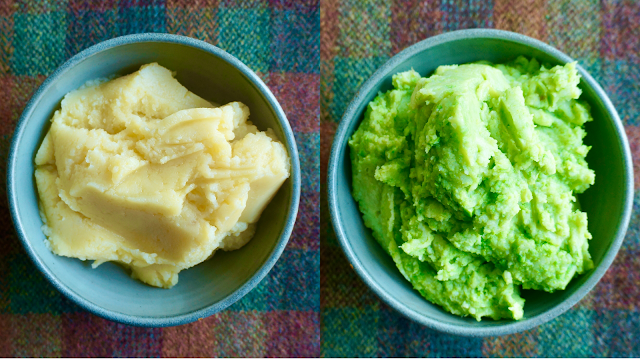 Fanny used the Duchess Potatoes as a 'basic' which she then 'advanced' in other recipes. One of her very favourite advancements was the Rissole. Others may have called them croquettes, but for Fanny they were rissoles. She had her own way on everything. She included them in almost all of her books in various forms, and on television as part of her Fanny Cradock Invites series in 1970, where she added Gruyere cheese to them. Boulestin added all kinds of things to his - herbs, peppers, onions, tomatoes, spinach. Zena Skinner had them just plain. Anything goes really. Peas. I choose Scotty Brand peas, in honour of Fanny Cradock and in celebration of all things green. They are simple to make, and super tasty too. Will you give this retro recipe from the past a revival? 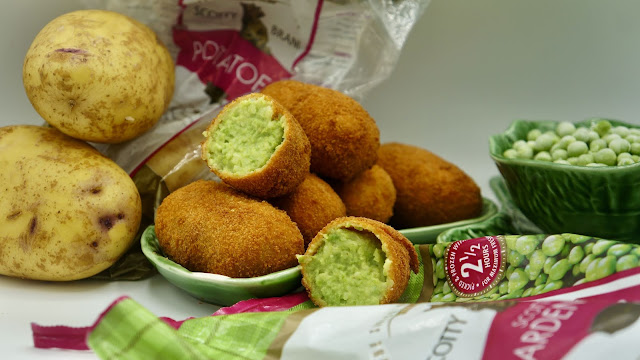 salt, pepper and nutmeg to season

Steam the potatoes, mash them, stir over a low heat to dry them out a little, beat in the yolk, seasonings and butter. Blitz the peas to a rough puree, add to the potato mixture. When cool, pipe or shape. Can be baked at 200C for twenty minutes until browned, or used to make the Rissoles.

Duchess Potato mixture as above

Shape the mixture into logs, coat in flour, then beaten egg and cover in breadcrumbs. If you have time, chill in the fridge to firm them up slightly. Fry gently until golden brown. Disclosure - Scotty Brand asked me to research and write about Fanny Cradock's love of potatoes, then share this recipe and associated photographs. I was delighted to. Scotty Brand Potatoes thrive in the Scottish Climate, which is perfect for growing potatoes. Their main crop potatoes are planted in late March and April, and harvested in September and October. Scotty Brand potatoes are widely available in selected ASDA (where I bought mine), Co-op, Tesco and Sainsbury's stores throughout Scotland. I found their frozen peas in my local ScotMid.
Posted by Keep Calm and Fanny On at 09:54 3 comments: