Viennese Dreams - This Means Nothing To Me

Aspiration. That was what Fanny Cradock was all about. Every television appearance. Every recipe in the booklets. Every magazine interview she gave. Aspiration. She understood that food could be the key to unlocking the otherwise hard-to-climb social ladder. She made everyone feel that by introducing new ideas, combinations and recipes to their otherwise ordinary everyday lives they had some hope of escaping. Changing. Dreaming. Yearning for something that had once seemed completely out of reach. 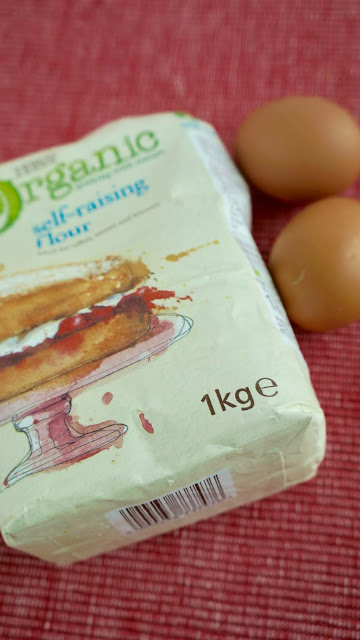 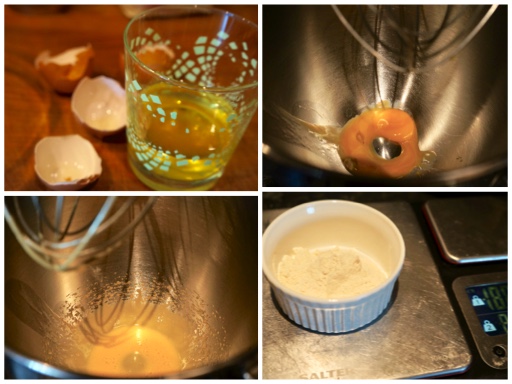 Fanny thought so. She thought transforming two humble eggs, one ounce of flour and one fluid ounce of water would induce a hankering for Vienna at home. She whisked up the egg yolks until they were list and fluffy. She probably got someone else to do this for her, by hand. However I have a passion for my modern mixer at times like these. Next, the flour is whisked in until smooth, followed by the water. In a separate bowl (thank heavens I have two, don't we all?) the whites are beaten until very stiff, before the yolk mixture is gently folded in. The resulting puffy clouds would be happy floating over any well respected opera house. 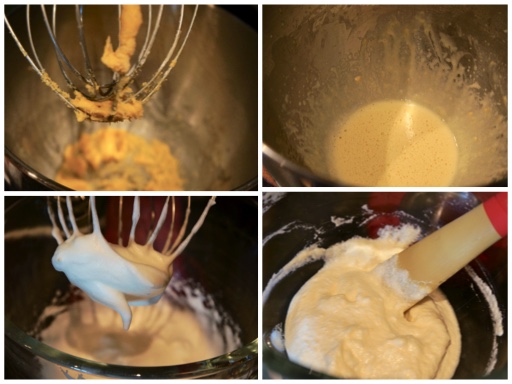 To elevate them into Austrian Soufflé Puffs however, local chefs are trained to make tricky architectural, cylindrical cuffs from greased parchment paper. Fanny has another idea. Why not make good use of those otherwise discarded tins that we all have filled with Mandarin Oranges that we all enjoy so much. They are the perfect size, and once cleaned and carefully opened and trimmed at both ends are ideal for our Austrian Puffs. Simply brush them lovingly with oil, place on a hot griddle pan ready to dollop your soufflé in. Maybe save a Mandarin segment or two for garnish. 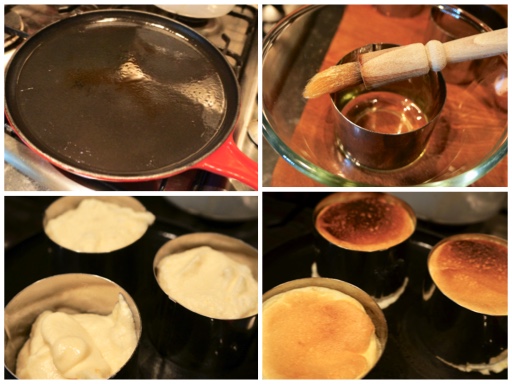 Fanny includes an elaborate pic-strip where Dianne, just 19 and apparently never before tackled these wonders, makes Salzburger Nockerln on a griddle with ease. In the excitement, neither say how long to cook them for, or how to know when they are ready. We are instructed to turn the tins over, with a carefully placed cloth to avoid scalded hands, 'half way through', whenever that might be. Dianne gently eases the Puffs out of the tins and simply dusts them lightly with icing sugar. Perhaps she'd already eaten the Mandarin Oranges. Perhaps she'd suddenly been lifted out of the drudgery of Fanny's kitchen and climbed her own ladder to a more successful life elsewhere. We shall never know. The pancakes, erm crumpets, erm Austrian Soufflé Puffs are light, fluffy and elevated well above the ordinary in any case. 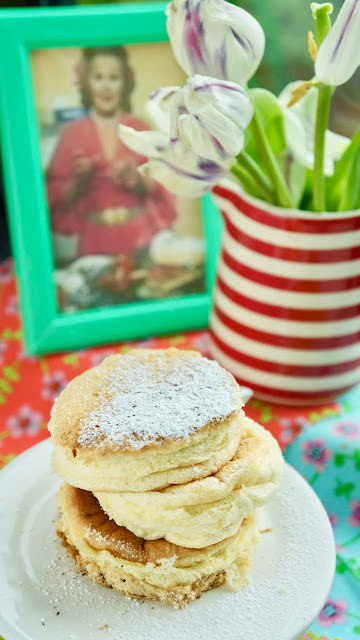