Dont boak, it's only Gwen Troake!

Fanny Cradock never cooked with Gwen Troake, not surprising after judging her nauseating banquet menu so harshly, claiming her ideas were 'too rich' and just plainly not suitable for presentation at a professional level. For Fanny, the end of a long career on TV, for Gwen it resulted in her first, and only cookbook, endorsed by Esther Rantzen. Esther said that the nation became either pro-Troake or pro-Cradock following the showdown, but my guess is that the only winner was the book publisher, who presumably shifted a fair few copies of plainly unprofessional Gwen's Country Cookbook. 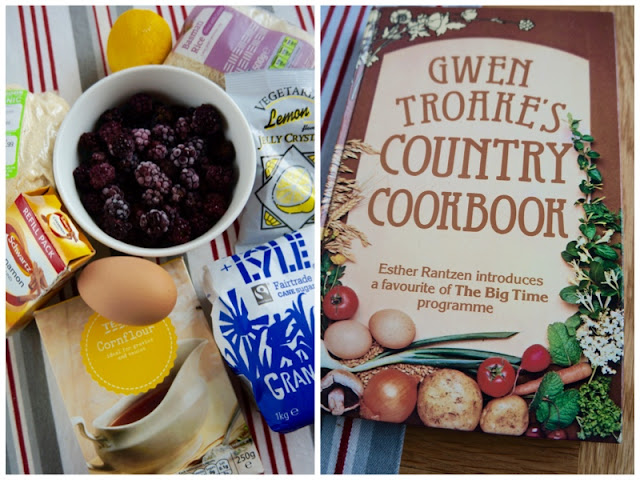 The main ingredient that made Fanny pull faces as if she was holding back a substantial slew of slurried spew was the humble Bramble. Fanny claimed on TV not to even know what one was, and continued her bile-laden disgust at Gwen for even suggesting that it would make a suitable sauce to be served with Duck at the banquet the Big Time show was built around. Game old Gwen simply chuckled at Fanny's vitriolic vomit and carried on regardless. No-one else really seemed to like her recipes, but somehow they made it into her book. This must've made Fanny retch even more. The Bramble Sauce recipe is a peculiar one indeed. Gwen simmered Brambles in plain water for around 15 minutes before straining and pushing them through a sieve. The pulp was discarded, and the juice thickened first of all with that staple of all 70's sauces, cornflour, and then with a very un-Fanny ingredient. Shop bought lemon jelly. Fanny would heave. Gwen adds sugar to make it even sweeter, a little salt and a splash of red wine, presumably for refinement. I can see why Fanny remained on the point of gagging. Especially as an accompaniment for a savoury main course. Perhaps it was meant to be regurgitated for dessert? 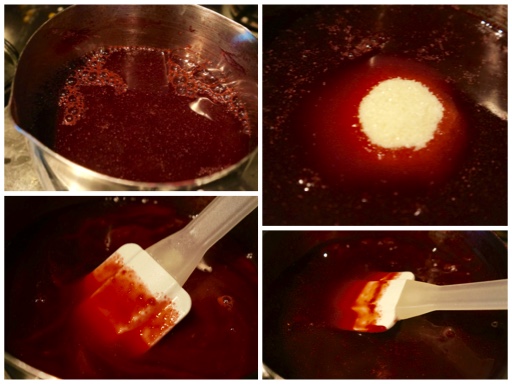 In her quest to extend our rice repertoire, Fanny makes some sweet fritters and suggests serving them with 'your favourite jam sauce'. Hmmm. I bet she never thought anyone would dare to recreate Gwens creation though. I'm wicked. I know. Shoot me. Fanny binds together cold, cooked rice with an egg, some ground almonds, sugar and a generous sprinkling of cinnamon. She shapes them into little rissoles and fries them very gently in olive oil (from the chemist) until they are a nice brown colour. They don't really look like a dessert, more of a chicken nugget type of a thing, or dare I say a duck-nugget should such a thing even exist? 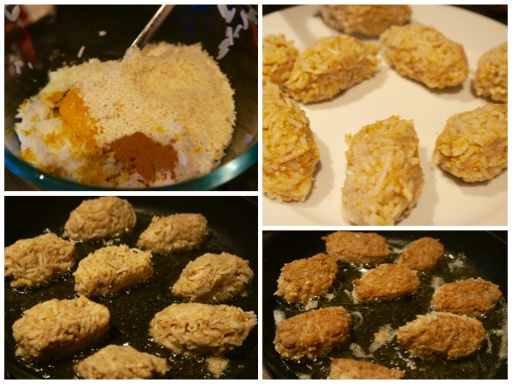 The resulting modern day 'collaboration' between Fanny and Gwen is a slightly more convivial combination. The crunchy, slightly sweetly spicy but otherwise plain rice 'fritters' are given a new lease of life with the overly sweet, citrusy Bramble jam sauce, which is thick and gloopy. I find myself dipping the fritters into it as if it were ketchup (not that I've ever actually eaten ketchup, the thought of it truly makes me heave) in a way that would probably increase Fannys revulsion. Perhaps they should've written a cookbook together, partly for professionals and partly for the public, instead of bickering their way into the history books. Gwen's Brambles may not have appealed to Fanny, and may have never appeared again in such a form on any table - professional banquet or otherwise. Fanny's guidance may have provoked less of a joke, croaking more a masterstroke than a choke, and revoked both their futures from hurtling towards broke. That's all folks... 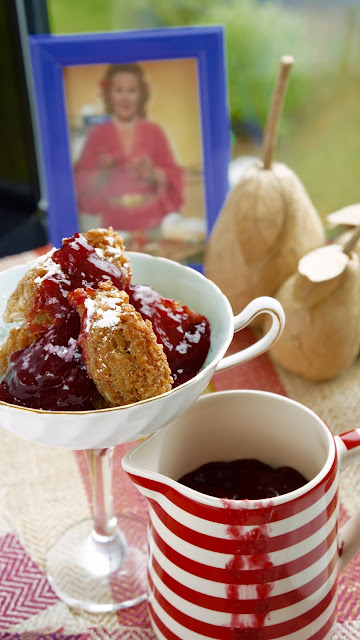