You Couldn't See Green Cheese But You'd Want It

When I was young there was a phrase that everyone always seemed to say to me when I wanted to try something which they had. 'You couldn't see Green Cheese but you'd want it.' As a phrase it intrigued the curious child in me of course, and I spent many, many years on the look out for Green Cheese. Could I see it? Would I want it? It seemed like it must've been the most elusive of foods, and as a result of constantly being told that I would want it, I inevitably did. It became desirable. My search failed, until now. Fanny always seems to fill in the culinary blanks. Her Green Cheese is also an ice-cream, which is a little unexpected to say the least. Will I want it after all? 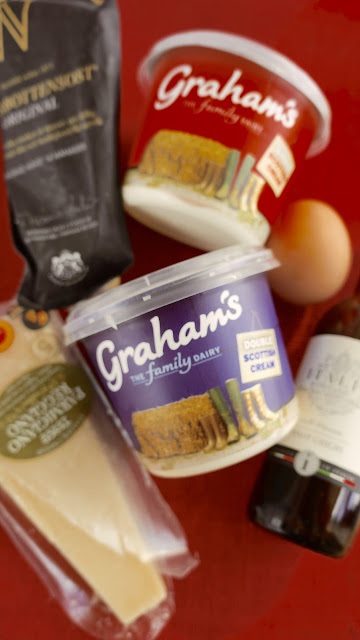 Fanny says it's the perfect way to surprise your guests (I bet) while at the same time saving yourself the trouble of working on a finishing course at the time of entertaining. In other words, it is made in advance. It is one of Fanny's own special invented recipes, which came about after Johnnie apparently moaned on about the lack of 'this kind' (can only assume he means cheesy) of ice-cream for many years. I wonder if Fanny just misunderstood and he was repeating the phrase so often said to me? At any rate, Fanny locked herself in the kitchen for what she calls a 'trial and error session' where this recipe emerged and has been used to surprise her guests ever since. 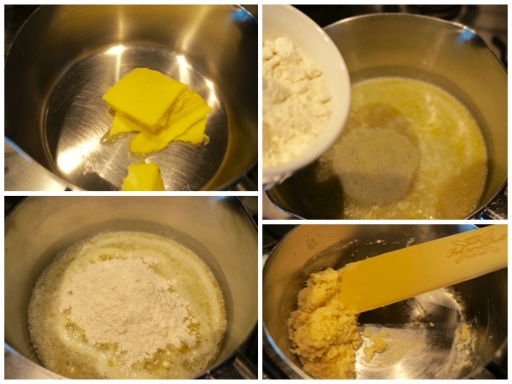 This ice-cream starts of more like a sauce, by making a roux with melted butter, working in the same amount of sifted flour. The roux needs to be cooked for at least two minutes, according to Fanny's trials with error, before being transformed into a sauce with dry white wine. Gradually. Once combined, Fanny adds in single cream. Gradually again. It's quite a glossy sauce at this stage, perfect for adding grated cheese to. Fanny suggests Gruyère and Parmesan, but I substitute the Gruyère for some salty Swedish Västerbotten that I have been enjoying recently. I know that Parmesan is not vegetarian, but it's my choice. I like the taste. I'm a bad vegetarian. If you don't eat it, substitute for something you do, please don't send me nasty letters. 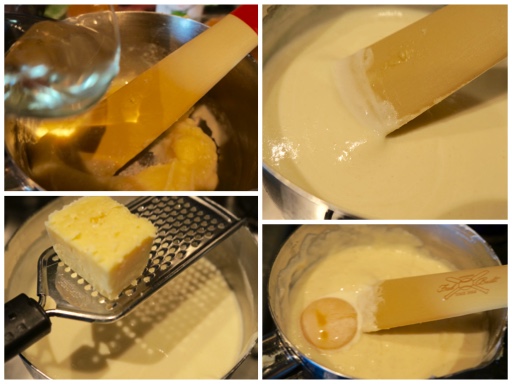 Off the heat, an egg yolk is beaten in and then some double cream. Gradually. You get the idea. Fanny suggests tasting at this stage and 'correcting' the seasoning with salt, pepper and even nutmeg if required. It's quite hard to know what the 'correct' finished product should taste like, but the Västerbotten I think provides enough saltiness and sharpness that no correction is required. It tastes like a cheesy, creamy sauce. It would be perfect with pasta. Fanny's top tip is to 'remember' that freezing diminishes the potency of both sweet and savour flavours, so best to 'err' on the side of generous. Remember Fanny has no doubt tried lots of variations in her 'trial and error' session, so she will know best. 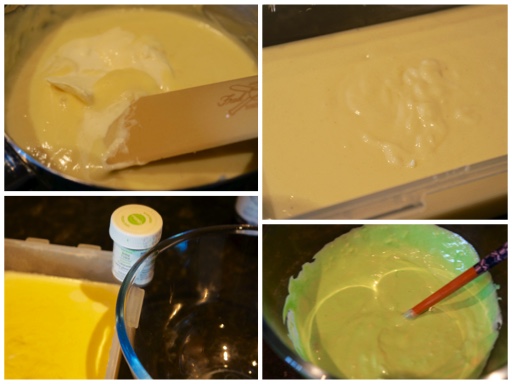 The next error is a fairly major one for Fanny. The recipe just ends here. It's almost as if Fanny has drifted off. What happens next? Luckily for me, and you, Fanny repeats her recipes time and time again throughout the many cookbooks of her career, and this particular gem can be found in the 1970 masterpiece, The Cook Hostess' Book. The missing instructions are simply to divide the mixture into little moulds and freeze until ready for service. Little cones seem appropriate to me. For showing off, Fanny encourages us to transform the appearance of the finished ice-cream from a dull, flatfish cream beige colour with harmless green vegetable colouring, which is much more pleasing to the eye. I do half and half. I half-freeze it before piping and freezing again, I'm really showing off. My eyes are delighted. It's certainly a surprise to the taste-buds too. So next time anyone says that intriguing phrase to you, say proudly 'yes I can, I do and I have, thanks to Fanny!' She'd be thrilled. 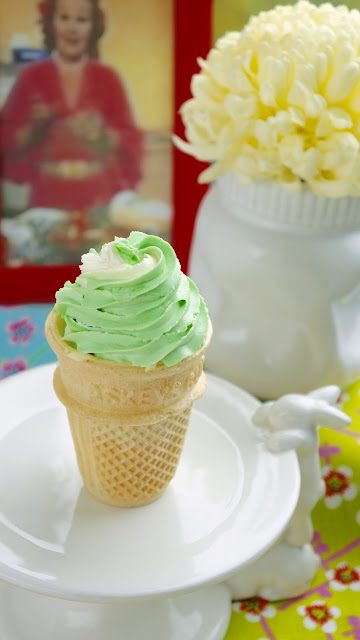