May All Your Oily Balls Turn Out Like Howards + Book Giveaway

Innuendo. The Fanny Cradock Cookery Programme is full of it. Filthy Fanny, she always has her tongue firmly in her cheek and her ever-higher eyebrows raised as she is writing. You've probably noticed already. It's everywhere in the baking world these days. The whispering mucky undertones have become overt in the Great British Bake Off with Mary Berry trying to steal Fanny's crown. Insinuation King Howard Middleton's new book, Delicious Gluten Free Baking, is full of double entendre too. "Ah yes," Howard tells me "it's a vital part of the secret Bake Off audition process - the innuendo challenge - I did rather well in that!" Future applicants take note... 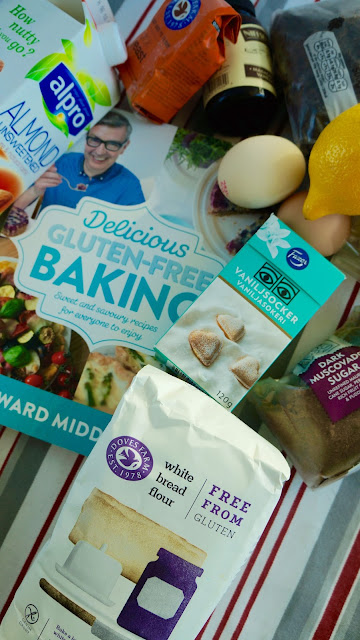 Fanny had over 40 cookbooks published during her lifetime, dear old Howard doesn't seem daunted by this as his first hits the shelves. "It's very exciting! Writing the book was enjoyable, at times frustrating, and absolutely exhausting. I had to be very disciplined to do it alongside working full-time and I'm not a naturally disciplined person. Another 39 could be a bit too ambitious I think." Well, Fanny's final cookbook was called The Ambitious Cook so aim high Howard! 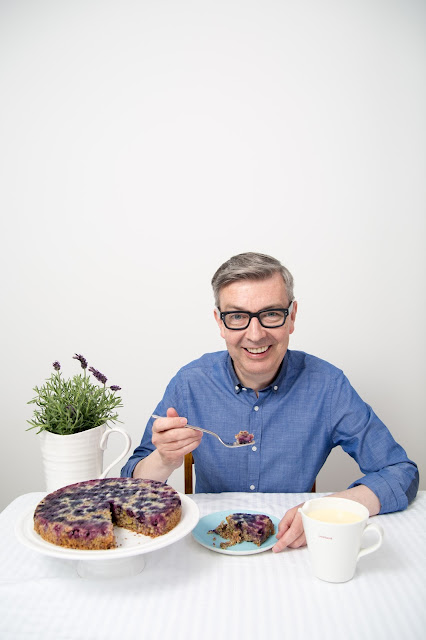 Howard's book is hilarious to read, just as Howard himself was on Bake Off, but is jammed with fantastic sounding recipes that everyone will crave, whether they are following a gluten-free diet or not. Howards aim was to create recipes that people miss, and I think he's cracked it. Fanny had a cookbook for almost everything, even one about Foil Cookery, so I'm sure she'd have approved. "For some people it's a necessity so can't be a fad, but for those who don't have dietary restrictions I see it as discovering new and usual ingredients that are naturally gluten free. Learning from other cuisines and cultures has always influenced what we eat. Oh, I've just done a search online for Fanny's book of foil cookery, my life may not be complete without it!" Research for book two Howard? But please, stop Googling while we are chatting... 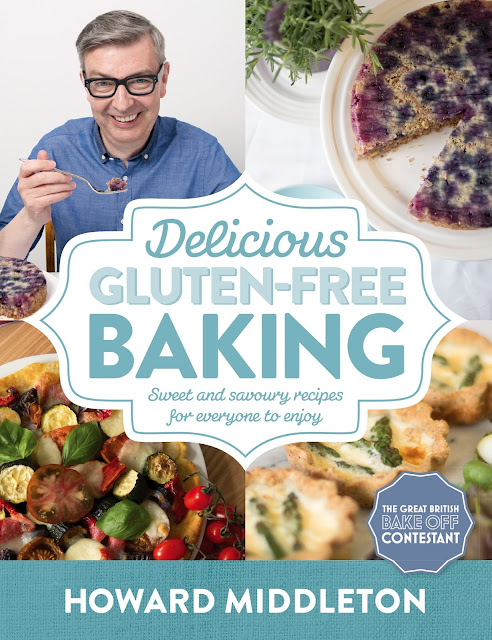 There are so many recipes I want to make in the book, but there is one that I had to make straight away in Fanny's honour. Doughnuts. Dutch ones, Oliebollen, or Oily Balls as Howard refers to them, allegedly this is the Dutch translation. Mucky. I told you he was innuendo obsessed. Or is it me? The recipe is easy to follow, and in between giggles I get my deep-fat fryer on the go ready for these gluten-less bready balls of joy speckled with dried apple and raisins. They turn out light and golden, with fluffy centres... Just as Fanny said hers should be, just as you'd expect doughnuts to be! 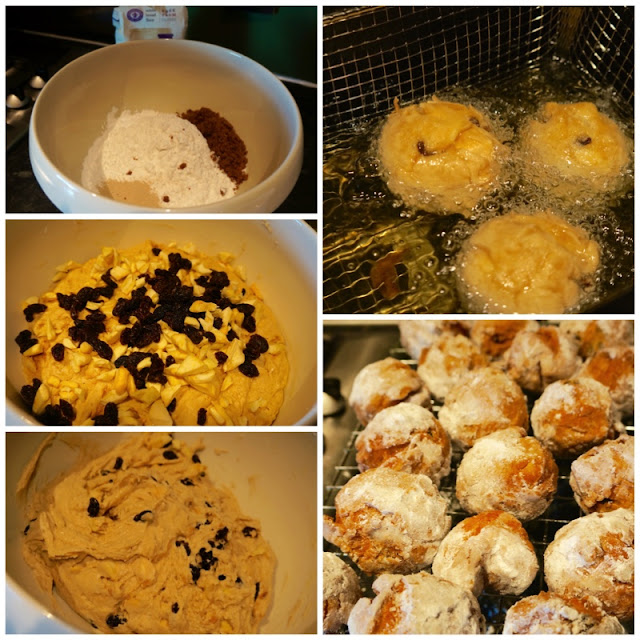 What would Fanny reckon to these doughnuts? "I remember her as a wonderfully trenchant character, barking at Johnnie and her audience with dogged aplomb. She was also one of the icons in that transition from black and white TV to colour (I'm now feeling very old), with her vibrant clothes and make-up... and vivid food! And your blog reminds us of that, with hors d'oeuvres of blue eggs and the multi-coloured cartwheel trifle! I do have a weakness for that sense of style - the book has a recipe for Snowball Cocktail Cakes, which is my boozy, kitsch homage to my late great aunt, Auntie Olive's unique approach to baking, and the lure of her drinks cabinet. I hope Fanny would approve." Booze, kitsch, vividness? Of course she would! I do love a Snowball too, must bake these tout de suite! And everything else... 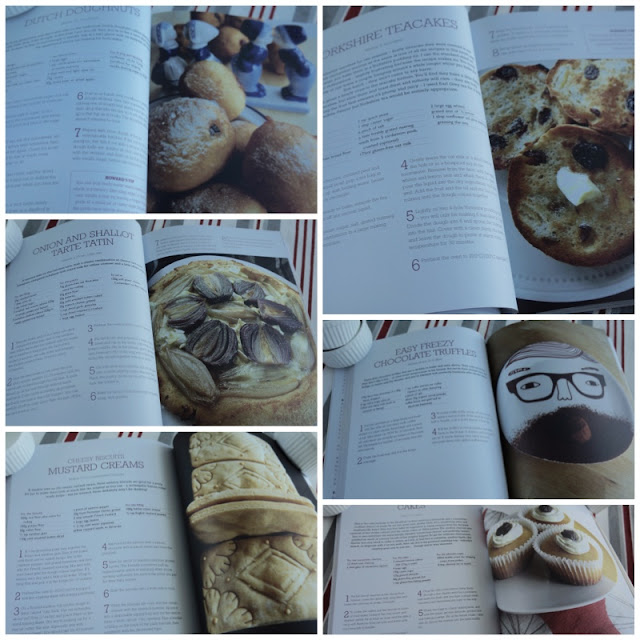 Fanny had Johnnie, Mary has Paul, Mel's got Sue, but who would be Howard's dream sidekick, apart from Fanny obviously? "I think Fanny would've made mincemeat of me!" Omelette of course. "I have to say my partner, Peter, is my dream sidekick don't I? I recently did a demo at the Bakewell Baking Festival and he kept popping up just off stage when I needed a bowl or a spoon or something. My sister and young nieces were in the audience - she was explaining to them that we were like Fanny and Johnnie!" So maybe the 40-book deal isn't so far way? "I'm fairly easy going. I never expected half the opportunities that have come along, so I'll continue to go with the flow. I've got lots of demos coming up, and I'd love to do some more writing. Fingers crossed the future is as bright as a Fanny frock!" Wink. Raise eyebrow. Look knowingly. Innuendos at the ready? Bake! 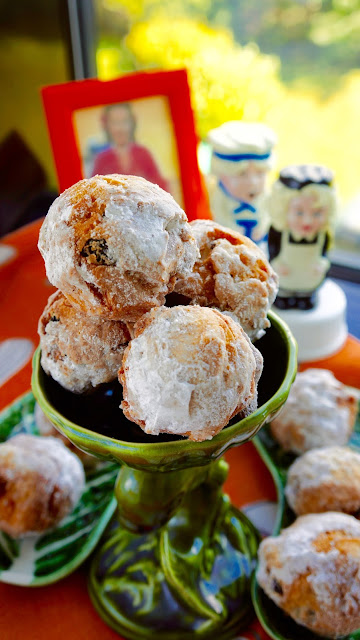 Thanks to Howard for being lovey and answering my questions! Howard's publisher, Little, Brown sent me a preview copy of Howards book, Delicious Gluten Free Baking, to enjoy and one for me to giveaway... Simply leave me a blog post comment telling me what bake you'd like to make Gluten Free and fill in the rafflecopter thingy-me-jig which will select the winner! Good luck!

a Rafflecopter giveaway
Posted by Keep Calm and Fanny On at 09:01