Fanny Cradock is always inspired by the seasons as to what to whip up for us to enjoy. She's just a little bit ahead of herself here though as she urges us to prepare for splendid days of Summer. She's planted some lovely strawberry plants, carefully selected for both flavour and flower, in every nook and cranny of her, she would claim, modest garden, and is keen to make the most of them while the season is here. I am all for pretending that it is already summery strawberry season. We all need a little sunshine in our life don't we? 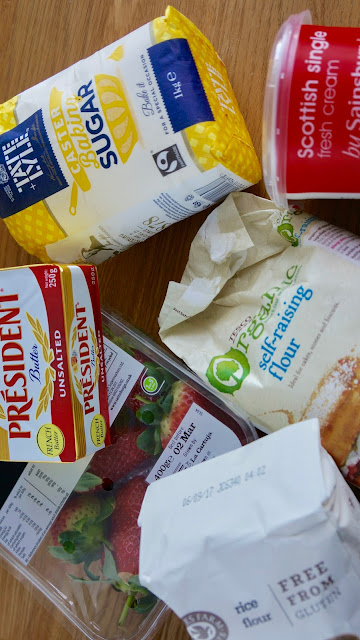 I am not using home-grown strawberries. Even it were the correct season, I have nowhere to grow them. No nooks or crannies. Fanny would be sad for me. She does enter, a little unusually I feel, into a prayer for those who have home-growing abilities though. Fanny's prayer is for their health. She prays that they are using all natural compost in their gardens, and are totally bereft of artificial sprays and fertilisers, so that at the very least the little strawberries arrive at their doors safe and pure. We would all say Amen to that. 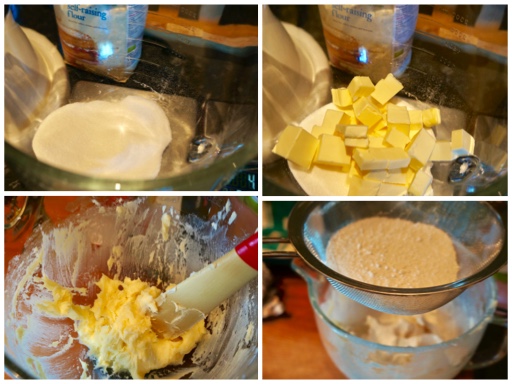 Fanny considers a range of special treats that would be enhanced by chemical-free strawberries. Perhaps a Strawberry and Cream Choux Paste Gateaux is what you are dreaming of? Maybe you'd prefer Choux Paste Strawberry Swans? Possibly a Strawberry Mille Feuille is more your thing? Or a simple Sponge Sandwich with Strawberries? Whichever it is, Fanny rustles them all up. She claims they are perfect if you want to make something gorgeous even if you can't cook. Awkward. Presumably they are good too, even if you can. They all involve simply filling the chosen sponge or pastry with strawberries and cream. Sometimes custard too. My prayers have been answered. 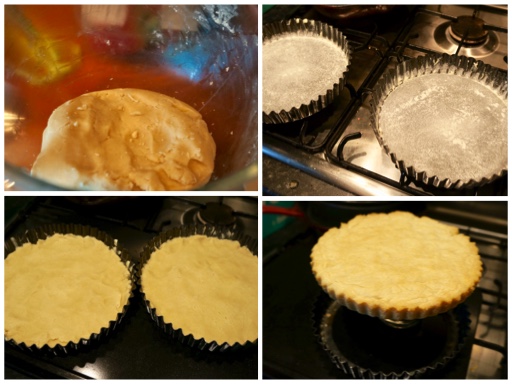 I'm in the mood for Strawberry Shortbread. Fanny gives it the usual French translation to fancy it up - Gâteau Biscuit Anglais aux Fraises Chantilly - but when you get down to it, it's shortbread, strawberries and cream. Fanny makes her shortbread with butter, sugar, self-raising flour (which she is sure will horrify the Scots, but she insists on using it for everything) and also rice flour. She creams the butter and sugar together, folds in the flours and presses them into suitably buttered and floured moulds for baking. Simple. A moderate oven will suffice. 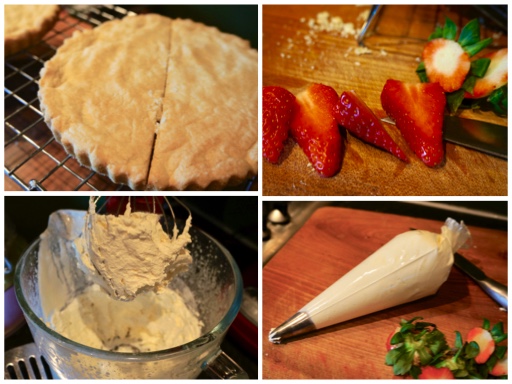 While one shortbread circle is cooling, Fanny suggests cutting the other in half ready for presentation.  When both are fully cool, she piles in sliced, hulled and heavenly strawberries, pops the two halves on top as 'wings' or a lid, and adds generous amounts of piped cream. I'm not sure where this traditional display originates, but it does make a very pleasing offering. The shortbread is crumbly and buttery. The strawberries sweet and juicy. The cream light and fluffy. Next time I need a little sunshine in my days, this will be my go-to brightener. Let's pray for all those that are burdened by chemically treated fruits while we are feeling so worthy. 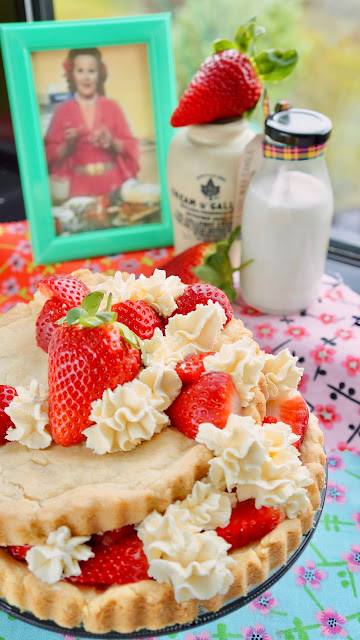 I always take Fanny Cradock's advice. Well, more often than not. Okay, sometimes. I certainly abide by one of her favourite recommendations, which is to scour the 'thrift' shops for hidden treasures. She's forever popping in to see if she can pick up an unusual dish, a discarded ornament or if she's lucky a delightful mould in which to present her food at it's very best. I can't resist a rummage myself. From time to time I pick something up though that I wonder 'when will I ever use that?' The vintage mould I bought last year is one such item... 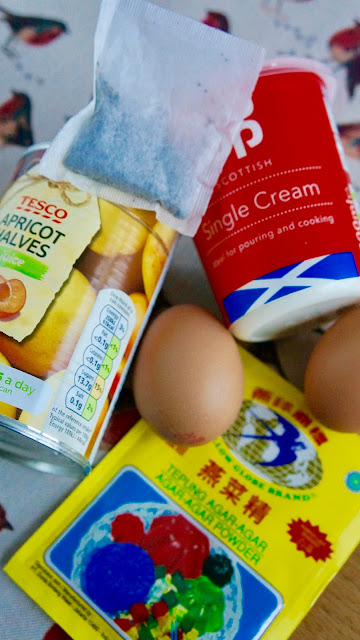 Fanny's guidance is to make her Apricot Snow, or La Délice des Abricots, in an old fashioned pyramid mould. It's round and resembles a pyramid only in the way it reaches for the sky with each circular step slightly smaller than the previous one. A bit more like a pointy hat than a pyramid. Well, if only I had one. I am often envious of Fanny's moulds, and she knows it. She practically thrives on being the first to bag the bargains. I had thought I'd have to improvise wildly on this dish, when I suddenly remembered the mould I'd bought and tucked away at the back of the cupboard, waiting for it's perfect time to shine. The relief! 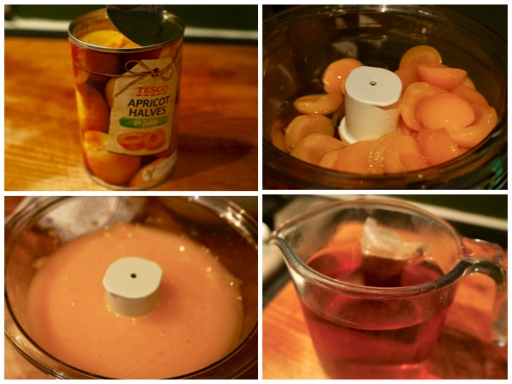 The recipe itself is a variation on the by-now-familiar blancmange theme. With the addition of cold tea. Fanny uses small, stoned, ripe apricots for her Délice, but they aren't really in season at the moment, so I grab a tin I had snuggled away next to the mould at the back of my long-forgotten kitchen cupboard. No shame in that, remember. Fanny cooks hers in a low oven, swimming in the cold tea and then rubs them through a sieve while they are still hot, to emulsify. I whizz mine up in the food processor. Perfectly pulsed purée. 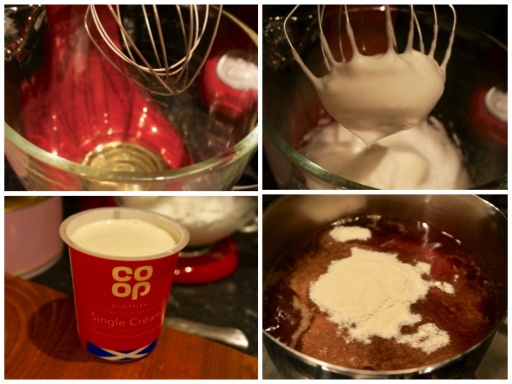 Fanny whisks up a couple of egg whites, adds some single cream, mixes through the cold tea and folds in the purée. And so do I. I know when to strike out on my own, and this isn't the time. Fanny dissolves gelatine in a little extra cold tea. As I'm using my veggie-friendly Agar, I need to dissolve it in the tea, and bring it up to they boil to activate it. Once done, it's swirled into the mix. It looks light and fluffy, just like freshly drifted snow, as Fanny hoped, ready for the mould. 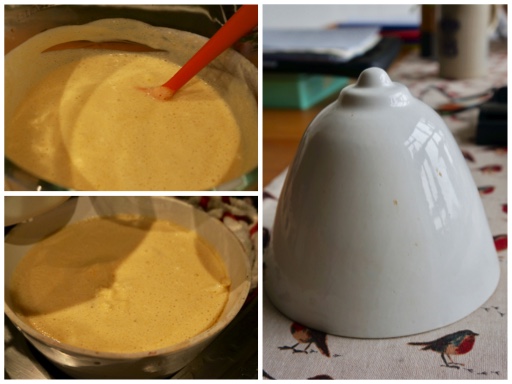 It's only now that I have rescued the mould from the dark recesses of my cupboard that I remember why I tucked it away in the first place. Yes, it makes a decent substitute for a pyramid, but it's, well, there's no escaping this, very booby. I'm really not sure when it would be acceptable to use it, or indeed what it's original purpose actually was. I should've made two perhaps. It's not like I'll be using the mould regularly, or even again for a while. It'll just nestle back into the back of the cupboard and be forgotten again more than likely. Maybe I need to donate it back to the charity shop? I'd have to hide it in something else, or try to disguise it? Would they accept it I wonder? 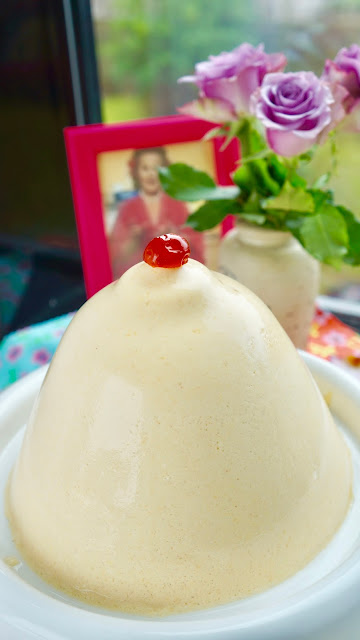 Fanny Cradock was an untrained cook. No shame in that at all, and indeed she was not ashamed in the slightest. She was extremely proud however of the very many Gastronomic Honours that she and Johnnie were awarded*. Generally Johnnie's were for the wine, and Fanny for the food, but there were a few that they both 'secured'. One such honour entitled Fanny as the intriguing Grand Dame de la Tripière d'Or. The linguistic among you, and it doesn't really take much translation, will have clocked that made Fanny the Grand Dame of the Golden Tripière.

*or if I were cynical, purchased or contracted to promote... 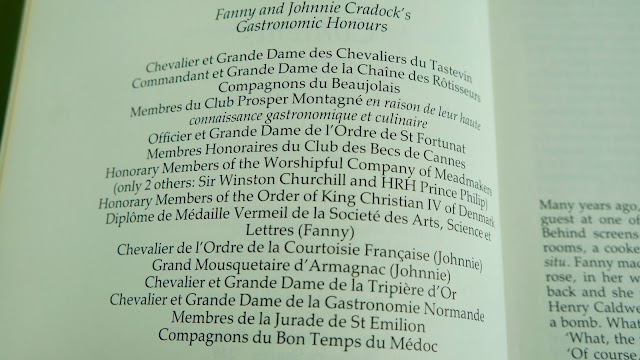 The what? The who? The why? Without questioning Fanny's honours (although see * above), the answer lies in an equally intriguing dish. One of the most famous in Europe, Fanny proclaimed and certainly the most famous Tripe dish in Europe. Without a doubt it is also a dish for cooking tripe in. With it's very own gastronomic order - Gastronomie Normande. The Tripière is certainly something special. Fanny describes it as an earthenware flying saucer. Perfect for casseroles, especially tripe. The shape of it encourages the rising fumes to be locked in resulting in a superb flavour. Makes perfect sense. You wouldn't really want the tripe fumes escaping now would you? 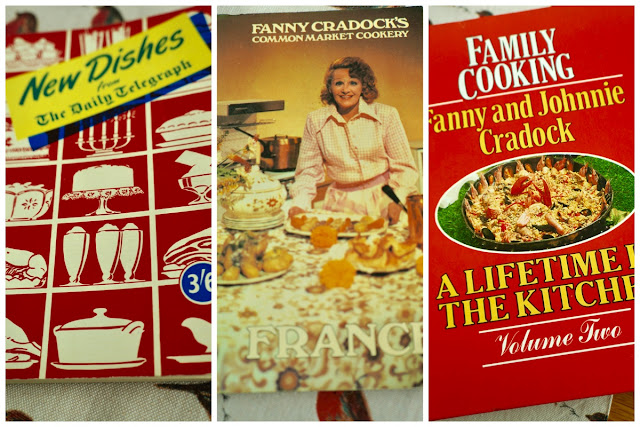 Fanny took her Tripe honour extremely seriously. She promoted Tripe at every opportunity, chastising the British public for their lack of love for the lining of the cows stomach. In France they seemed to not have the same disdain and indeed their youngsters seemed to be jolly excited to eat Tripes à la Mode de Caen, as Fanny reported in newspaper columns and in her books from the 1950s to the 1980s. The recipe changed a little depending on the decade, with calf's feet being replaced by pigs trotters, parsley for thyme and from time to time wine instead of cider and calvados. But always tripe. Lots of it. Fanny couldn't understand why it was not more popular. 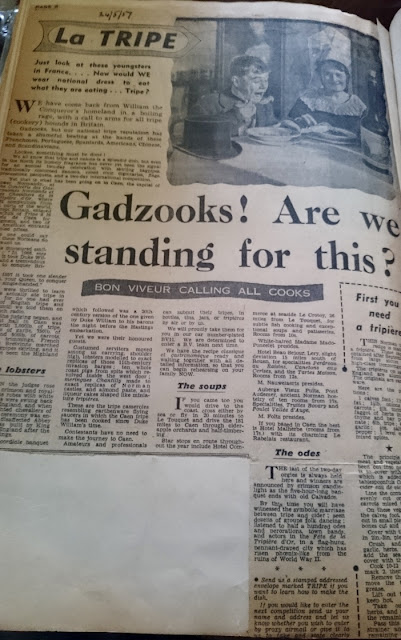 Fanny and Johnnie travelled to Normandy to attend a banquet given by the Order at a disassociated Abbey in the Norman capital of Caen. This was held to celebrate the original banquet on the same date in 1066 where William the Bastard of Normandy (not a title bestowed on the Cradocks, that I know of, at least not in polite company), his knights and gentlemen sat down to eat Tripes à la Mode de Caen from these marvellous tripières before embarking for England and the Battle of Hastings. You see, you cannot have Tripe without a Tripière. Perhaps Fanny has overlooked the victory in history as the mystery downfall for Tripe in England. 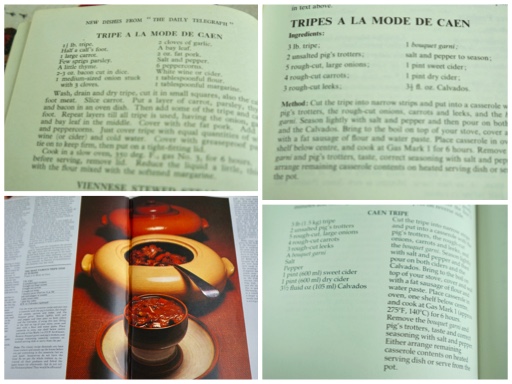 Fortunately, for me at least, no-one has yet developed a vegetarian Tripe alternative, although I fear it may not be far away. Glancing at some of the questionable alternatives in the supermarket (Vegan Fish Fingers anyone?) I would say it has potential to be next on the list. Fanny's 'Mum's Tripe and Onions' would surely be a Quorn bestseller? I really must sign up to la Tripière d'Or, or perhaps I should just track down an old Tripière dish for myself and join the Tripe Marketing Board? Surely Fanny would've been at the helm if she were still around, so would only be fitting. Perhaps they'll induct me? Perhaps they may not accept vegetarian members? Perhaps I should set up the Tripe Alternative Marketing Board? Perhaps not. 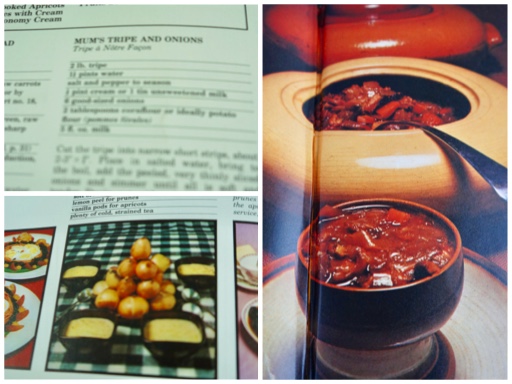