Do you remember a few years back there was a trend for creating mahoosive versions of smaller, much-loved things? Everyone seemed to be baking giant Bourbon Biscuits, or jumbo-sized doughnuts. You couldn't move for monstrous versions of Jammie Dodgers, or hulking great Snickers bars (they will always be Marathons to me) so huge that they had to be sliced with a chain-saw. Fanny wasn't one for extreme snacking, and thank-goodness she didn't wield a chain-saw, but it's no surprise that she too had a soft spot for gigantic foodstuffs. 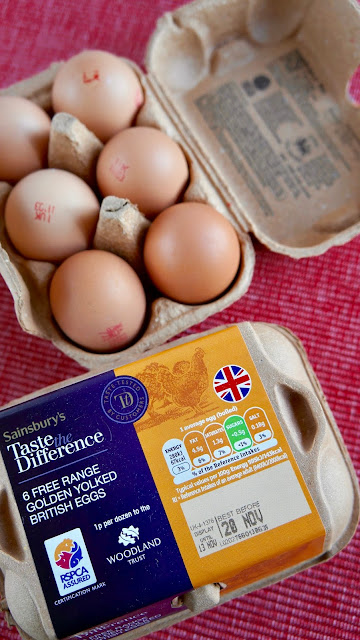 It's not enormous sweet treats that catch Fanny's eye, much as I'd love to see a colossal packet of Spangles or a larger than life sherbert-y Flying Saucer. No, it's the savoury side of life that Fanny thinks will impress more. Specifically Eggs. Giant Eggs. She's not completely bonkers. She's not gone shopping to the local Ostrich Farm. She's looking closer to home, for something economical and simple to create. With the ethos of humungous creativity in her mind, Fanny suggests creating a Giant Egg, from, erm, eggs. 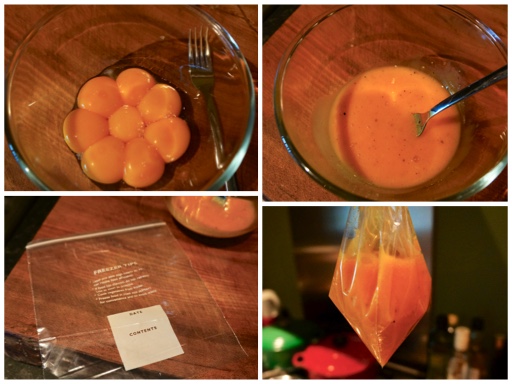 Fanny begins her colossal creation by separating eight eggs, very carefully. The yolks are beaten together lightly with a fork. To make eight perfectly fine but little egg yolks into one large yolk, Fanny pops them into a fairly large polythene bag. Seasoned first of course. The bag is then held delicately in a large pan of well-filled bubbling, boiling water until the yolks, or rather yolk, sets. Fanny warns not to let the bottom of the bag touch the base of the pan, or the shape will be lost. When creating Giant Eggs, appearance is everything. 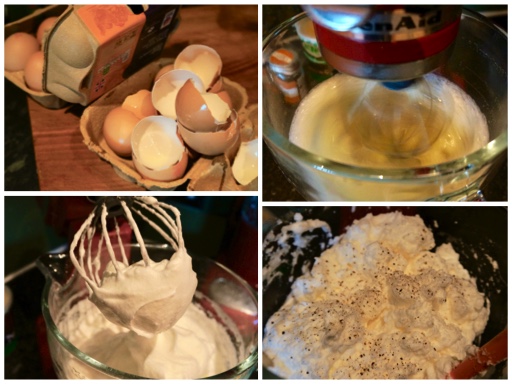 The remaining egg whites need to be whisked up together until they are very stiff. Fanny seasons them before gently folding through a small amount of finely grated hard cheese. Second to appearance, taste is important. Fanny places half of the whipped-up mixture onto a square of oiled foil, on an ordinarily sized baking sheet. Yes, for this is no ordinary Giant Egg, it's a Giant Baked Egg. 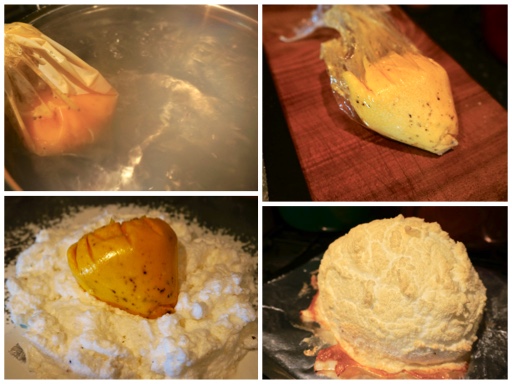 The cooled Giant Egg Yolk is placed into the centre of the Giant Egg White, then completed enclosed in the remaining mixture. It needs to be smoothed out as best you can, so that it resembles, well, a Giant Egg. Once it bakes for 20 or 25 minutes, until golden, it is ready to be transferred to a serving dish. Salad trimmings or mayonnaise pipings can be added if required. Fanny assures us that the effect is dramatic when we serve a person a huge slice from the Giant Egg, either as a buffet luncheon or a first course. Presumably followed by the biggest Fish Finger you've ever seen, and one enormous pea. 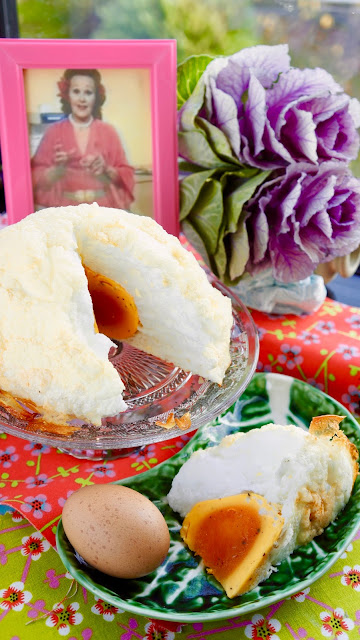