Back in July 1970, when there were only a couple of TV channels to choose from, a new series from the nations favourite, Fanny Cradock, always sure to be riding high in the ratings, was quite the big news. Fanny herself was quite the big celebrity, featuring somewhat strangely to todays eyes as the inspirational and aspirational poster-girl in flashy magazine spreads with her must-have celebrity life. So naturally she'd give quite the big interview to promote the new batch of shows. Sadly knocked off the cover of the Radio Times by the young whipper snapper Lulu, Fannys big scoop for her new series was how the journalist described her to the readers. 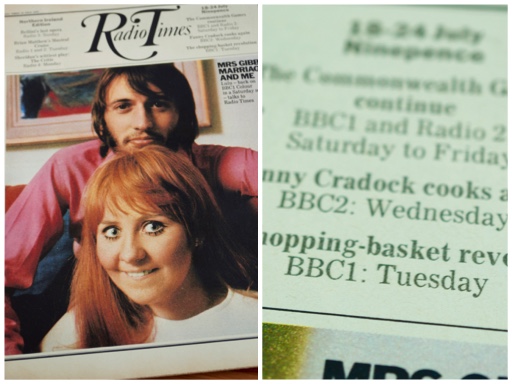 Sexy. Very powerful and very sexy, unbelievably those were the opening words. The good folks of 18th-24th July 1970 were mostly settling down to watch the excitement of Commonwealth Games beamed live from Edinburgh, so Fanny was pitched as the steamy, spicy and risqué alternative. They must've choked on their digestive biscuits reading this. Nestled after a far-from suggestive Party Political Broadcast by the Labour Party and between what I'm sure was a provocative but not-so titillating Mantovani Concert and the ever-sensuous Kirk Douglas in Cortez and the Legend, the BBC hid flirtatious Fanny and her new show away on BBC2 at 10pm. Presumably well after the watershed, and just before bed when viewers only had Ovaltine on their minds, was the only safe time to broadcast such an explosive sex-bomb to the nation. 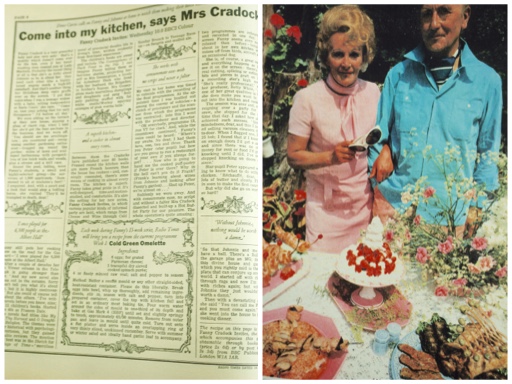 The Radio Times writer does concede that her sexually alluring qualities don't always come across well on the box, especially with her hand-washing being reminiscent of Lady Macbeth. I should hope not, this was the BBC, and it was an educational cookery programme, essential for the housewives after all. The BBC, the nations favourite Auntie, wouldn't want the bumbling husbands attention to be artificially aroused by accidentally tuning in just for a glimpse of pure Fanny-shaped filth now would they? Anyway, the article makes it very clear Fanny only has come-hither eyes for one man, dear old Johnnie. Without him, she says, nothing would be worth a damn. 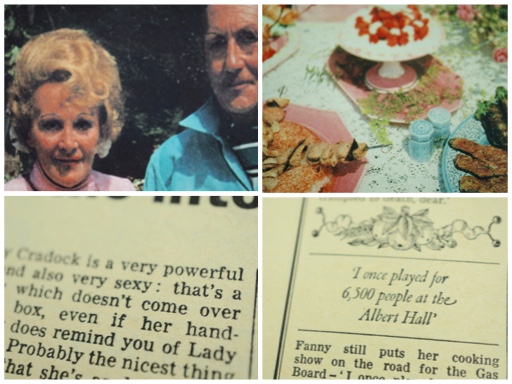 The article reminds us of Fannys professional abilities too, it's not all seductive, suggestive shenanigans. The old-favourites are trotted out - her rags to riches life-story, playing to screaming hordes at the Royal Albert Hall, Fanny being such a great cook and having several careers. All interspersed with scenes of idyllic, but fantasised, mother-hood and Granny-dom not only with her own beloved family, but in her adopted assistants who were always eagerly on site, fastidiously training to follow in her footsteps. The writer notes that the assistants are highly-selected from a pool of over 1500 applicants, with Peter the star-pupil, suggesting they may have been 'summoned to sit at Madame's feet'. Fanny snorts and 'with a look that would stop a bolting horse' replied, 'they'd be trampled to death, dear'. Such is her raw magnetism, clearly. 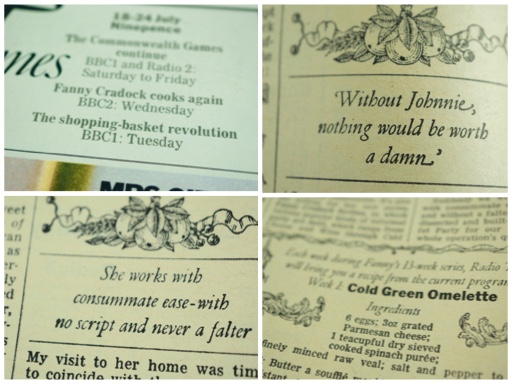 The new series has a suitably suggestive title for such an absolutely sexy lady - 'Fanny Cradock Invites...' Into her fabulous and well equipped home kitchen she means. That's where the provocation falters. Fanny is keen to show viewers around, but not her private quarters, just her sensational kitchen space, with cookers of every type in every space imaginable, poised for the assistants to begin. Fanny herself lays out a seductive spread in her garden before we leave, with a dish which surely says 'pure sex' like no other. It gets Johnnie fired up every time. Cold Green Omelette. Johnnie is standing by to keep the legions of lusty, libidinous men at bay as Fanny casually but passionately twirls her sunglasses and smiles a knowing smile. Like all true sex-maidens... 'You may want me, but you shall never have me'. At least we get the omelette. 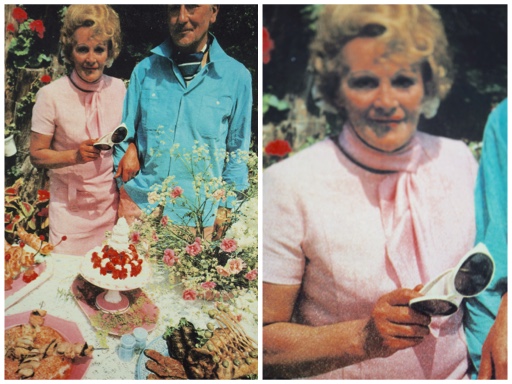