Can my icing skills matcha Fannys?

Fanny is not to know, but I've never been any good at icing and decorating cakes. I'm quite artistic, and love 'creating' things but when it comes to icing I just go to pieces. I can't do modelling, and am only just starting to master piping, thanks to Fannys instructions for potatoes of course. Fanny wants me to learn not only to ice, but to pipe a trellis design on to a cake. Eeek. In the partwork she gets everyone involved, even poor Johnnie is shown trellising away, it so easy apparently. Diligent assistant Dianne does the hard work on the cake though. It looks perfect of course, and Fanny says if I follow suit, so will mine. I am not convinced, just putting it out there. Before I can ice a cake I need to bake one, and Fanny recommends her close textured sponge for the job, which she also calls Recette Fanny, which presumably means it's her own recipe? 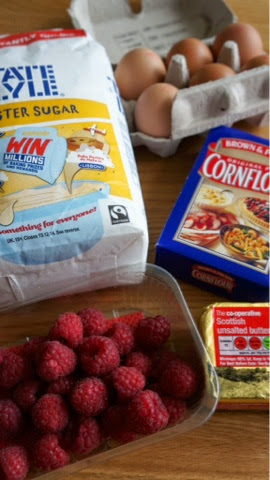 It's made using half flour and half cornflour, which is a new one on me, but I'm happy to try. Fanny recommends that the sponge itself be flavoured before baking and suggests coffee, orange, lemon, strawberry or raspberry if it's summertime. Well, it was sunny at the weekend, so for Edinburgh that counts as summer - raspberry it is. Let's not mention that it's been dull again today. Before I begin I have to sift the flour and cornflour onto a square of greaseproof paper, twice. But how much? 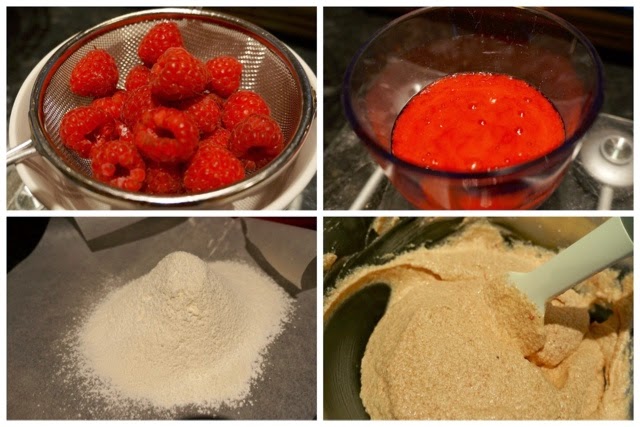 Fanny asks me to weigh the eggs to determine the quantities - I need as much flour and cornflour as weight of eggs, and the same of sugar and butter. Twitter helped me out with this one - I wasn't sure whether to weigh the eggs in their shells or not... Seems it doesn't really matter, but in shells won. So the butter gets creamed, sugar added and creamed again, a small amount of the flour mix flung in and the eggs added one by one. Finally the rest of the flour is beaten in before the chosen flavour is added, or some milk if you fancy it 'plain'. Fanny always give the 'plain' option but makes it sound so dull and ordinary that everyone must leap straight you the flavours. For my raspberry flavour I need to sieve a punnet and add the same amount of juice as would've been milk. It's not as complicated as it sounds, just new to me. The batter is pink. 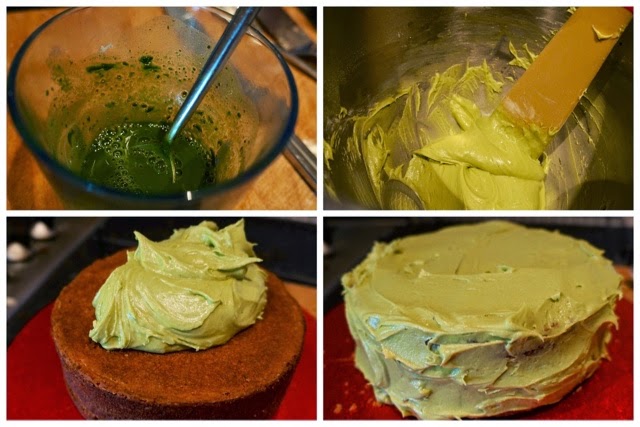 The sponge bakes well and comes out the oven fairly flat on top and risen well. Presumably this is why it makes a good sponge for decoration? Fanny makes her buttercream using an egg yolk, which again is not something I've done before, and she adds an appropriate flavouring. Fanny did hers with coffee, but I wonder if some lovely Green Matcha Tea would be a better match with the raspberries? And surely Fanny would approve of the colour? The buttercream is dolloped on the underside which becomes the top (just to ensure it's perfectly smooth), flattened down with a spatula and placed in the fridge to set. 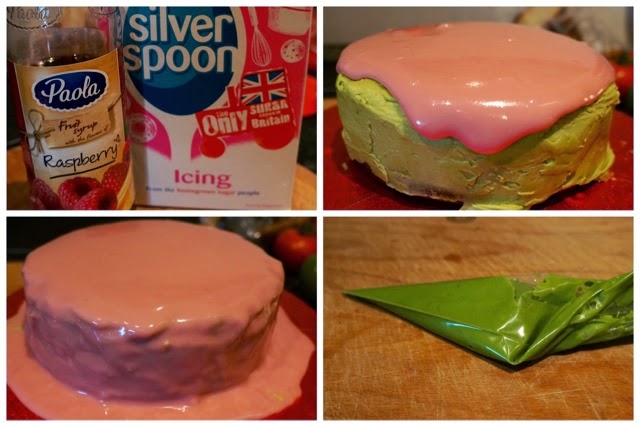 Fanny gives very loose instructions for her glacé icing - basically mix icing sugar with a chosen flavouring until it is the right consistency! It's quite hard when you are hoping to learn what that consistency is... I have some raspberry syrup, so set to mixing it up until it's 'pourable but thick' which is Fannys only clue. Again, Fanny shows how it runs over the cake but needs to be teased a little with a spatula dipped in hot water. I think I made mine too runny, it just won't stop. Fanny finishes her recette with a trellis of icing, and I choose to make this with Matcha powder too, just for fun. Fanny says that 'her way' totally eliminates the danger of picking up any spare cake crumbs when applying the icing. That is true, not a crumb in sight! There is a cake under their I promise, but I think I need a little more practice. Or perhaps ice the cake on a rack first then transfer to a board? 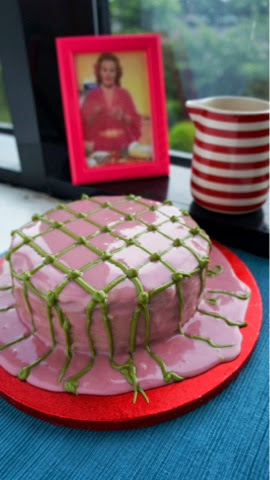