The whole world of Macarons vs Macaroons is enough of a hot bed of controversy without Fanny Cradock wading in. Not just the endless queries over how to pronounce them properly, but what's in them and what's the best method of making them? Generally it's accepted that Macarons are made with Almonds, and Macaroons with Coconut. It's seems like a very modern day foodie debate, but Fanny was ahead of the batch back in the 70's, well kind of. She gives two recipes for Macaroons, which she translates into French as Macarons of course, not really helping the debate at all. Johnnie insists upon them, but only if they are baked on rice paper. Fannys first recipe is referred to as 'Our Macaroons' or Les Macarons Maison, and are made with ground almonds, icing sugar and egg whites. Sounding familiar so far. The second recipe is for 'French Macaroons', or Macarons au Noix de Coco, made with coconut. Oh dear Fanny, you are really not helping with the confusion... 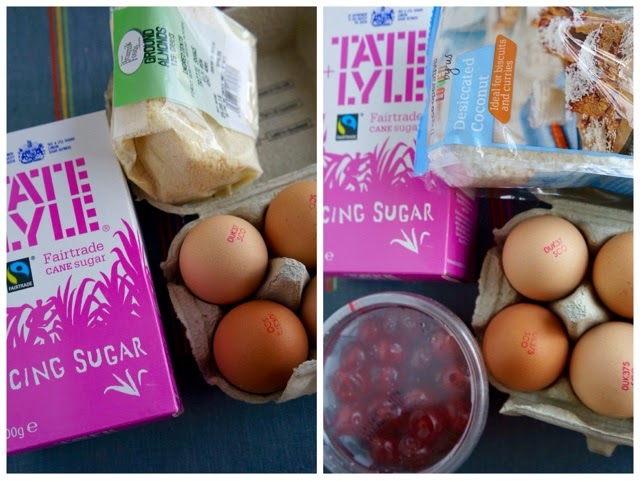 What Fanny didn't know was that in Scotland, we all get in even MORE of a tizz about Macaroons, as for us they are something very different indeed. I was fortunate enough to meet the Scottish/Italian foodblogger living in California, Christina Conte from Christina's Cucina, at this years BBC Good Food Show, where she shared her wonderful recipe for Scottish Macaroon Bars. She quizzed the audience to see if anyone knew the main ingredients... A few hands darted in the air immediately with the right answer of Potato and Icing Sugar. Yes, potato. I nipped home and tried the recipe for myself, but I kind of switched it up to make it a little more Fanny, using Sweet Potato instead and White Chocolate with Green Matcha Powder added. Pretty Halloween-y, and pretty tasty! 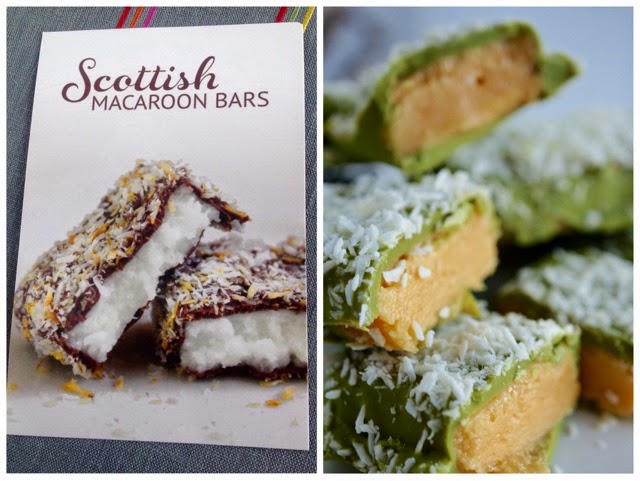 I have to say, Fannys Macaroons resemble the French delicacy a little more, but only a little - the ingredients are the same but the technique isn't as nerve wracking. If you've ever tried to make Macarons, you'll know what I mean, and I took a LOT of practice to eventually get some that I was happy with. 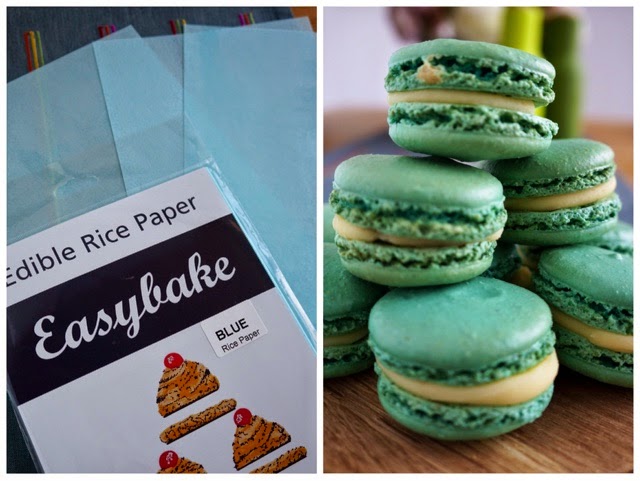 Fanny doesn't use any colouring at all for her Macarons, which is unusual for her, and unusual for Macarons, even if they are Macaroons. She sifts the icing sugar and almonds together into a bowl, and then instead of making a meringue or adding sugar syrup, she simply works in unbeaten egg whites, with a knife. You don't want to beat them, you never know what might happen. Once the mixture comes together they are rolled into little 1/2 oz balls and popped on the rice paper ready to bake. I couldn't resist a BIT of colour of course, so used some gorgeous blue rice paper! 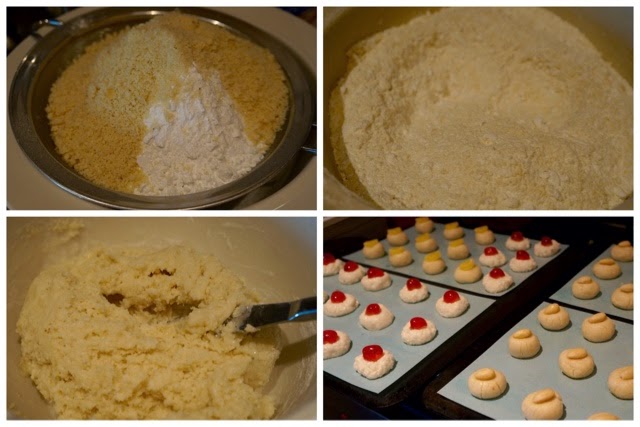 For the Coconut version it's the same drill, replacing the almonds with desiccated coconut. Fanny says to press the balls, or little blobs as she calls them, down a little, brush them with cold water and add a blanched almond to the almond-y ones and half a glacé cherry to the coconut-y ones. I used some little candied lemons too. Then leave them sitting somewhere near a warm oven for two hours. Two whole hours. Then, they only need to bake for 10 minutes though. They emerge from the oven looking nothing like the ones in Fannys picture, but also nothing like Macarons or Macaroons. They are good though, chewy and sweet. It's a little bizarre eating the blue paper on the bases I have to admit. Easier to make than posh Macarons, but not as fun as Christinas Scottish ones. They are Gluten Free too. Back in the 70's I'm not sure that was ever mentioned, but surprisingly Fanny did endorse Mrs Crimbles Coconut Macaroons which were launched then, and are still available now in all the best 'free-from' aisles. Maybe it's not that Fanny is wading to the Macarons world as much as she is responsible for them. I'm sure that's what she'd say anyway. 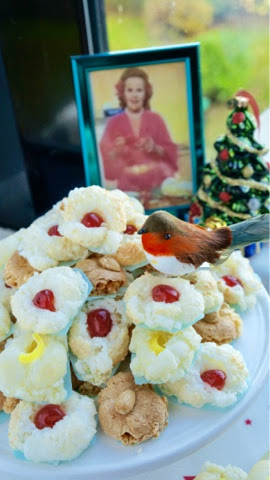 I'm entering these into Treat Petite this month, hosted by Mr CakeyBoi and The Baking Explorer. It's a Trick or Treat Halloween theme, hopefully my Sweet Potato and Green Tea White Chocolate Macaroon Bars are spooky enough to count, and the other Macaroons will fill guisers bags and ensure they don't come back! Head over to see the other treats...