What's The Name of The Game?

The thought of Fanny Cradock with a shotgun in her hand terrifies me beyond belief. I think we should all be terrified. She's out and about looking for the 'crowning glory' of English cookery. Game birds. On top of t all, she's not happy. She has become 'astigmatised' looking for a poulterer to cater to her needs, but alas her beloved birds have dwindled from her failing sight. Any remaining ptarmigan, capercailzie (as she calls them), woodcock or snipe should be especially terrified. Those are her favourites. You can almost hear the blood dripping and smell the smoke from the cartridge shot as she proclaims that they 'make wonderful eating'. Terrifying. 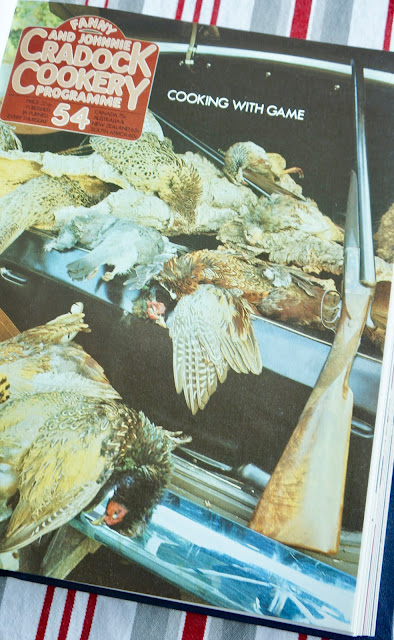 The thought of Fanny Cradock with a dead carcass in her kitchen terrifies me beyond belief. As Fanny licks her lips, she wonders if Scottish folks might still be able to get their hands round a neck of a capercailzie, but she doubts it. Fanny reminisces about the 'snipe of her childhood' which she has scarcely seen since. They are the hardest birds of all to shoot on the wing as they have a curious zig-zag flight. You believe she is talking from experience. You believe that the barrel of the shotgun is still warm. Well before the Spice Girls, you believe she did her own zig-a-zig-ah and blew the blighters out of mid-air anyway. They eat terrifyingly beautifully. 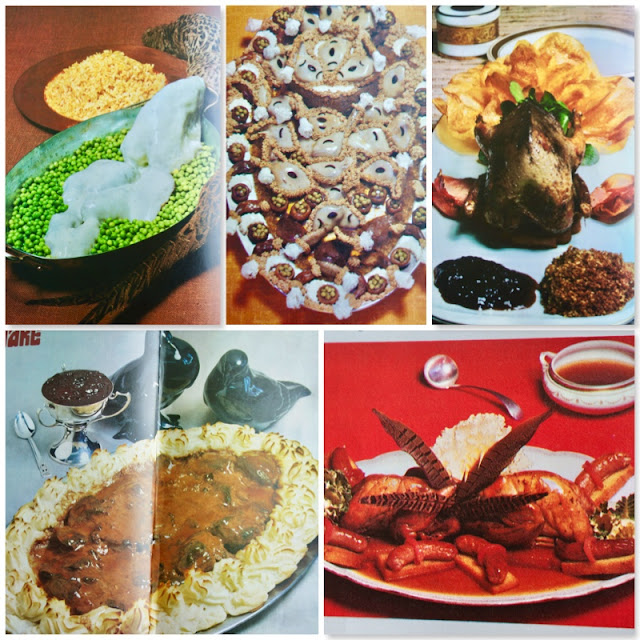 The thought of Fanny Cradock inventing the 'overhead' instagram-ready flat-lay shot terrifies me beyond belief. Fanny has her perfect meal-based social media snaps all planned out. It may be a Moroccan Couscous eaten in a tent in the Sahara Desert at 110°F, of course sitting in the shade. It may be a Provençal Octopus Stew. Fanny has fished the baby octopus herself from the 'wavelets on the sands' on a moonlight night. Her terrifying hands gripped tightly on the poor little babies. It may be a roast partridge, with trimmings, followed by English Stilton, brandy and a cigar. Yes, Fanny smokes cigars. Johnnie approves very much. He is no doubt too terrified to say otherwise. 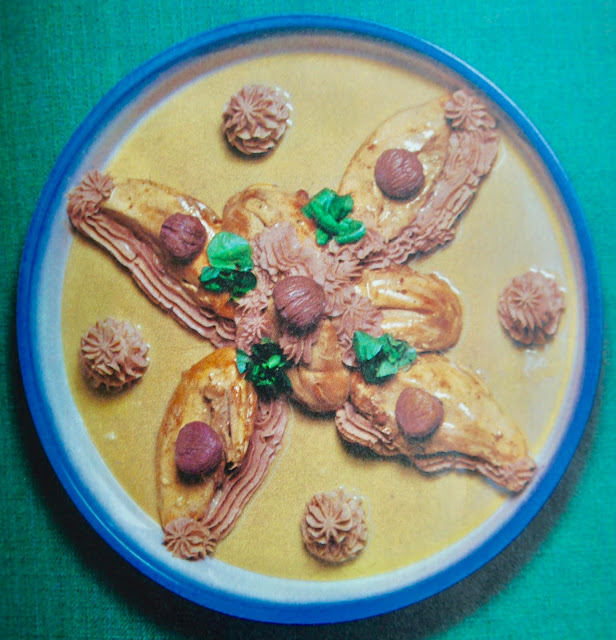 The thought of Fanny Cradock with the garden secateurs in her hands terrifies me beyond belief. They are well sterilised, of course, and always close to hand. But still. Terrifying. Fanny does not like the shape of modern game scissors. She also does not like the modern service of woodcock. Her preference is to travel to Denmark, perhaps with her secateurs still close to hand, for service in the classic manner. The Danes have the decency to leave the heads on, you see. The Danes then split the skull open to expose the brain. The Danes then pick the brains out. The Danes think the brains are a delicacy. The Danes are just as terrifying as Fanny. 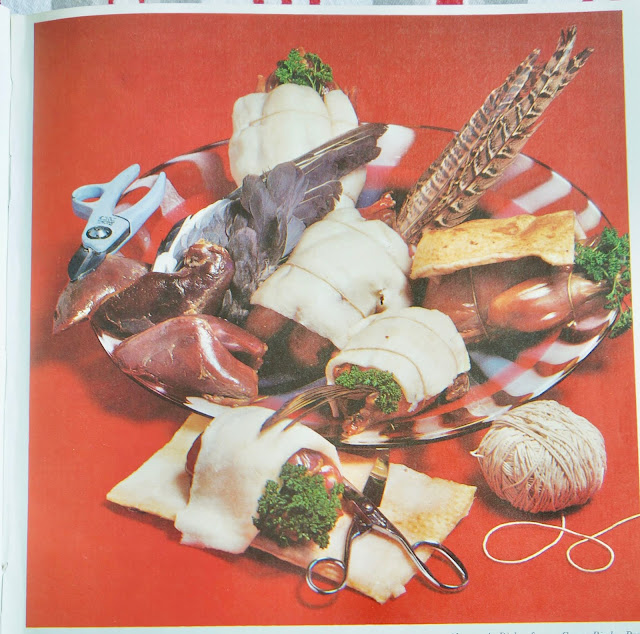 The thought of Fanny Cradock with a pigeon in her hand terrifies me beyond belief. They can be eaten all year round, and require no hanging. Strangely, they are rarely seen flying anywhere near Fanny's house. Served best with their breasts ripped from the body and covered in puff pastry. We all love a puffed up breast. Fanny suggests, with one final terrifyingly loud cackle, that if you really want to show off, serve them resplendent with feathered wings. If you weren't terrified before, you will be now. 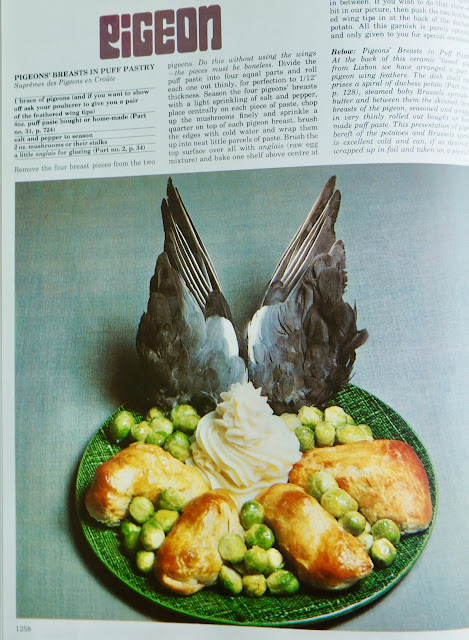