Argyll Grill - digging up new potato recipes from the past

AD Post in collaboration with Scotty Brand Scotlands leading leading provider of Ayrshire New Potatoes, who grow their potatoes with love and care in Scotland

Fanny Cradock and I have many things in common (no, not our eyebrows)... Like her, I am forever delving into my old cookbooks, searching for inspiration, madly making meals from scratch and finding 'new' ways, which are often 'old', to enjoy my very favourite produce. Fanny did the same, harvesting 'old' recipes which she would then test furiously (well, get her assistants to) and include in her own cookbooks and television programmes. Fanny knew a thing or two about historical recipes. Another thing we agreed upon - nothing beats a tattie or two. All too often though they are plonked on the side, instead of given their place as the star of the table. Fanny never accepted co-star status. It is Ayrshire New Potato season, the first and finest new potatoes grown in Scotland, so a great excuse to embrace all things Ayrshire! Ayrshire New Potatoes have Protected Geographical Indication (PGI) status, promoting their reputation and characteristics specific to Ayrshire. On Scotland's West Coast, Ayrshire provides ideal growing conditions resulting in Ayrshire New Potatoes which are deliciously smooth, sweet, creamy in taste with a texture unlike any other. Fanny would definitely be snapping some up, grabbing her old books and wow-ing her viewers with the results... And so can we! 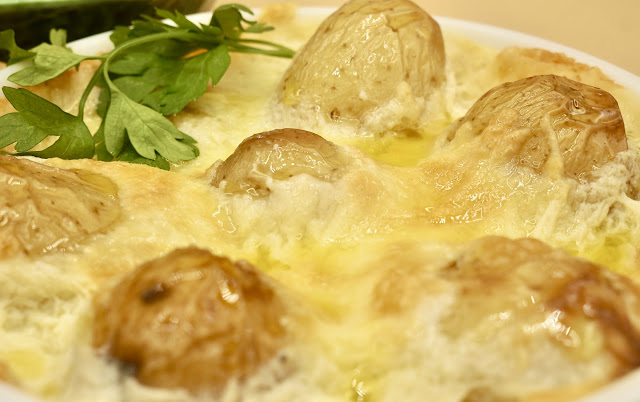 Just like Fanny's historical bookshelves, Ayrshire has a long history with potatoes - early and tasty potatoes have been recorded as being grown in Girvan since the 1850s. Ayrshire potatoes in the late 19th and early 20th century were primarily harvested by “Tattie Howkers” - a term I love, it reminds me so much of being young and going tattie howking myself, during the tattie holidays, of course. It really doesn't take much for me to get all nostalgic, as you can imagine. We used to head to Ayrshire for our holidays when I was wee, and if you've ever visited Ayrshire yourself you'll know well that the West Coast's light, sandy soil and sheltered beaches benefit from the warming waters of the Gulf Stream, allowing farmers in Ayrshire to be able to plant their crop a few weeks earlier. Luckily for us, those early tatties are now in the shops. Scotty Brand Ayrshire New Potatoes are harvested, packed locally and stocked on the shelves as soon as 24 hours after lifting. They are around between June and September, so that means so many opportunities to try new, old dishes... 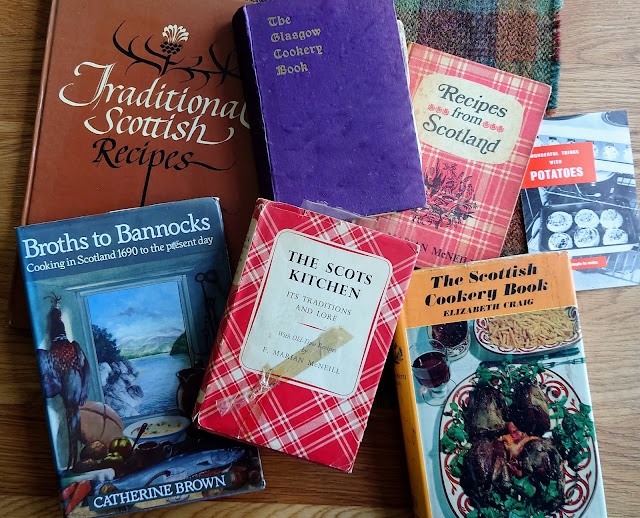 When I am searching through all my old Scottish cookbooks, the wonderful and sadly almost-forgotten names jump out at me. Recipes today tend to be named after their ingredients, rather than as a defined dish. I miss that. Thankfully my books are stuffed full of wonderfully named Scottish tattie dishes. I mean, how evocative do Rumbledethumps, Pan Haggerty, Clapshot, Cullen Skink, Stovies, Potato Clogs, Cockpits or Helter Skelters sound? Even without knowing what they are (do search them out!) you just want to dive in. 'What do you fancy for yer tea tonight? Rumbledethumps?' Ayrshires are great to cook with and can be used in most potato-based dishes such as casseroles or bakes - and my eye is immediately drawn to an old Scottish recipe I've never made before called the Argyll Grill. Perfect. 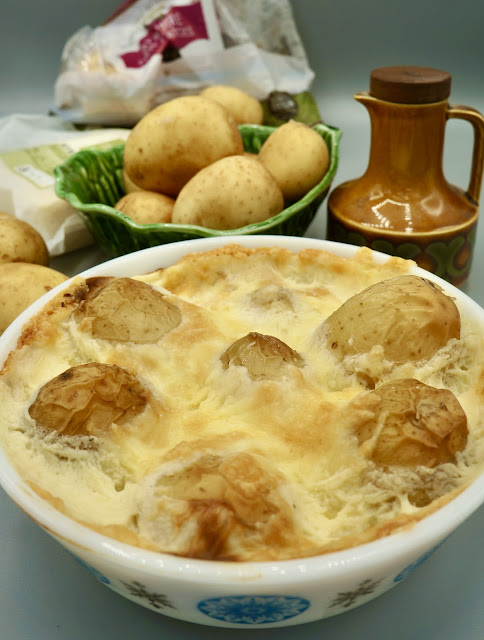 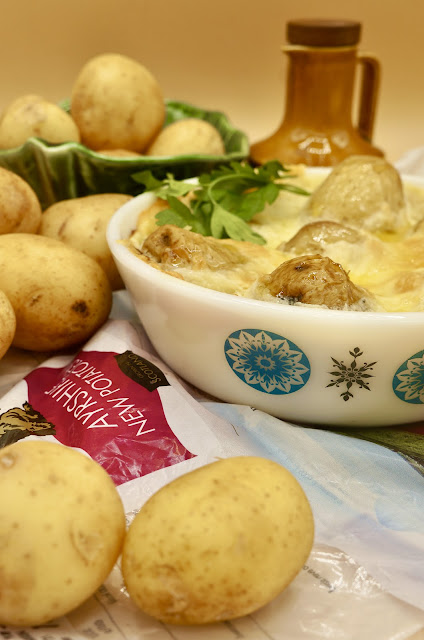 The Argyll Grill is an up-until-now hidden gem. A really simple recipe, but delicious and a perfect way to showcase Ayrshire New Potatoes. Think Cauliflower Cheese, but Ayrshire New Potatoes - I mean why should the cauliflowers have all the fun? So easy to put together. Make a simple white sauce, or if you have some leftover from making another dish more the better, half-fill an oven-proof dish with it. Carefully place in your Ayrshire New Potatoes - Fanny would boom at you through the television screen 'you don't even need to peel them, much of the flavour (and the vitamin C goodness) can be found just under the skins' so, do as Fanny says - and bake them in a moderate oven for around 45 minutes, maybe up to an hour. Add a topping of Ayrshire Cheese (okay, any cheese you like really) and pop it under a hot grill to melt, brown and crisp up. When they emerge they will be bubbling - try not to dig in straight away!  What old recipes for Ayrshire New Potatoes can you find in your own old family cookbooks? 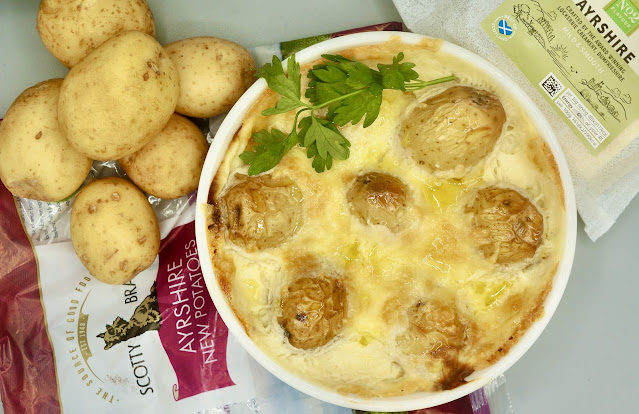 Melt the butter in a small saucepan. Add in the flour and stir with a wooden spoon until it all comes together. Cook for a minute or two, stirring all the time. Off the heat, gradually add the milk, whisking as you do, until it is all combined. Return the saucepan to the heat and stir/whisk constantly until the sauce thickens. It will start to bubble as it does.

Transfer to an oven-safe dish, submerge the potatoes and bake at 200C for 45-60 minutes. Add some cheese near the end of the time - grill. That's it! 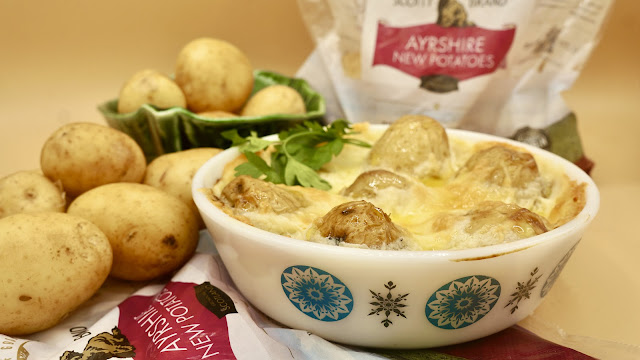