Fanny wants to play a game with us again. She played it herself, supported by Johnnie of course, in 1963 on the corner of Piccadilly Circus. They stopped random passers-by and asked them 'Who was Agnes Bertha Marshall?' but sadly no-one guessed correctly. Did you, blog passers-by? She was of course the greatest woman cook ever known in Britain, a cook who knew everything the great Escoffier knew, a friend of Royalty, a cook taught others to achieve greatness, a cook who had her own food magazine and a cook who when she died her notoriety diminished. Remind you of anyone? Fanny became obsessed with her, and was busy researching her story for a book. Mrs Marshall, Fanny claimed, was everything that Mrs Beeton was not, and she was determined to restore her memory. The book was never completed, as far as I know, but Fanny did resurrect some of her recipes under the disguise of Mrs Hudson in the Sherlock Holmes Cookbook, as well as throughout the partwork. It really all gets rather strange. 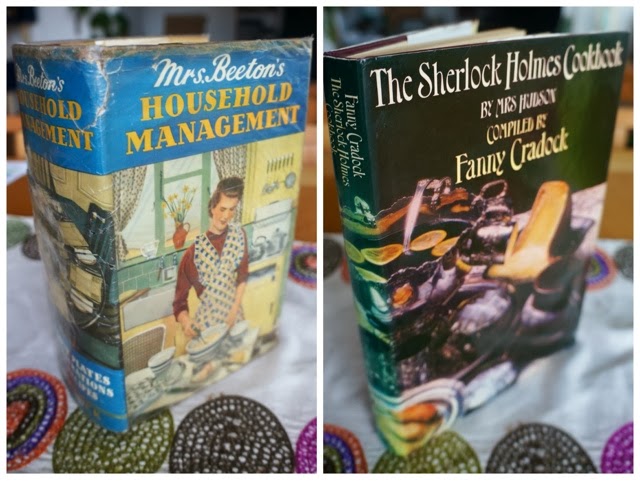 In the first of this new partwork dedicated to 'Surprising you with Potatoes' Fanny does exactly that. It's a traditional recipe that Mrs Marshall sent to her which was published in 1917 in the 1637th edition of her own magazine The Table. It's for a potato pudding. That's a sweet pudding made from potato. Various vegetable creations are all the rage these days with cakes made from carrots, courgettes and beetroot, but I'm not sure even my dear blogging friend Veggie Desserts would use a potato for a pudding. The other ingredients are flour, baking powder, lemon juice and rind, golden syrup, an egg and some butter. The cooked pudding is served with a chocolate sauce. Surprise! 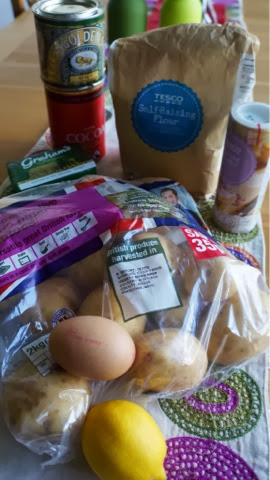 Fanny insists that potatoes are steamed, never boiled. Ever. More on that to come. They then need to be sieved finely to produce a very soft and fluffy mash, just with an ordinary household sieve of course. It does make the potato very fine and pillowy. Add some melted butter, beat in the egg, lemon juice and rind. Add the golden syrup, flour and baking powder. 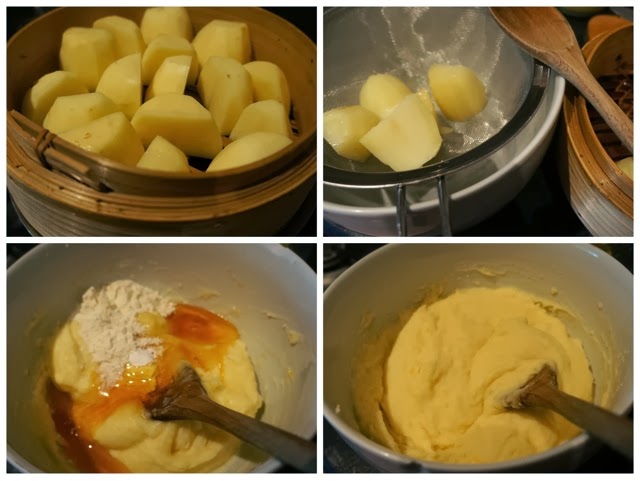 The mixture is then turned into a buttered soufflé dish and baked in a moderate oven for an hour, while the sauce is made. It's a fairly simple sauce made by heating  and dissolving golden syrup, cocoa powder and water together. 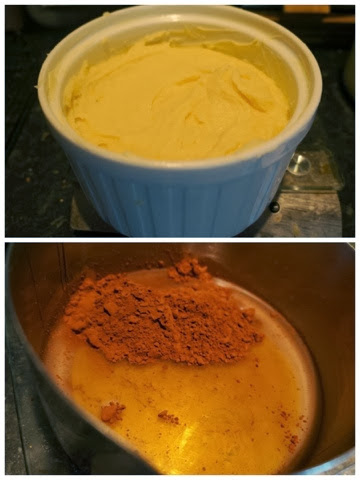 As I am making this, I can't help but wonder if it really will be a treat. Fanny tries hard to convince me, saying if it was good enough for Mrs Marshall, and good enough for the shortages of the First World War, then it should please families today. Clearly. Once baked it has risen just like a soufflé but the texture of mashed potato remains. Adding the chocolate sauce only adds to the 'surprise' when tasting - I just can't get the notion that it's 'potato and gravy', as it looks, out my mind. It tastes sweet, lemony and very much still of mashed potato. It certainly was a surprise for me, and I am sure would be a surprise to Holmes and Watson. Perhaps I should take to the streets and surprise people with a taste? Is the real surprise that still no one remembers dear old Mrs Marshall? 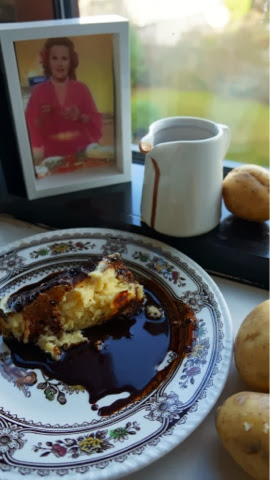