Fanny Cradock. Doughnuts. It's a simple game of word association. It's hard to think of one without the other, even after all these years. It's not just me, is it? Various people claim to have muttered the famous line, various people claim to have spluttered their tea when they heard it, but no official record exists. Google it, you'll find lots of claims. Maybe it's better that way, it's maybe more fun to be able to change it round to suit, wonder if it was Johnnie or not, and wonder what Fanny herself thought about it all. It's a perfect gag really, almost anything can be included. People say it to me a lot 'Does your *whatever* look like a Fanny?' OK, they get it wrong, but they remember Fanny with a smile. It's maybe not the way she'd like to be remembered, but it could be worse, couldn't it? 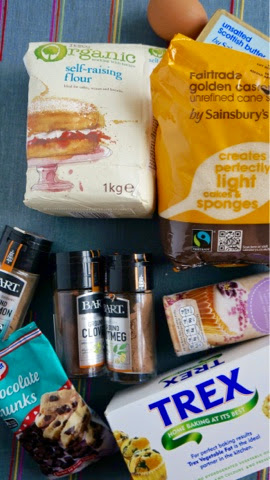 I've made (kind of) Doughnuts with Fanny before, but they were really just fried flavoured bread circles. They were good though. Imagine my excitement to see that the next recipe in the Christmas Tea Time Treats edition was proper, real, actual, Fried Doughnuts. How very appropriate for my 100th post! Almost. It turns out that these are Fannys take on doughnuts, adapted for busy housewives and beginners to boot. Beginners? Gulp, 100 posts does not a professional make. I feel like poor old Gwen Troake being reminded that I am 'among professionals now.' Perhaps I shouldn't be surprised. I'm trying not to be disappointed. Smile, they are sure to turn out like Fannys at least. So, sniff, whimper, flour is sifted with spices and baking powder, butter is rubbed in, sugar 'dredged in' and egg with a little milk cut in. Fanny says that it should be brought together like a pastry dough, with a trusty knife. Fanny uses lard ONLY to fry her doughnuts. I've never used veggie friendly Trex like this before, but in for a penny in for a pound - or rather into the deep fat fryer. Fanny fills her doughnuts before they are fried. I feel cheated, I was hoping I'd get to inject them all afterwards with gooey jam, maybe custard. Instead, Fanny uses a very clean finger to poke a whole in little balls of dough, blobs in some jam and re-rolls the dough round them. She probably has an old pink or green Tupperware bowl nearby to wash her hands in. I don't, but then I've already decided to use chocolate chunks for mine, less mess. 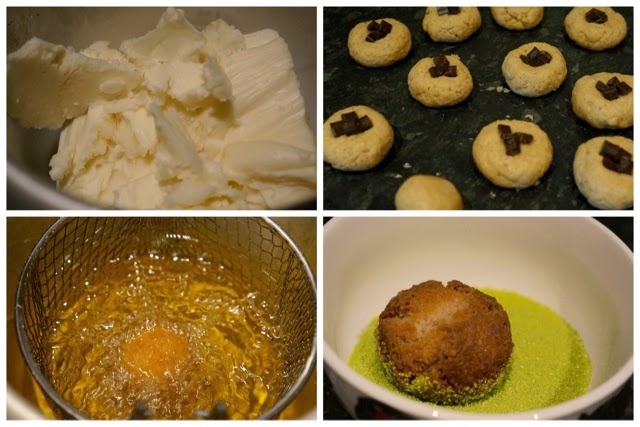 Fanny doesn't say how long to fry them, or at what temperature, but does say that the temperature is 'all important'. Hmmm, not important enough to say though. You don't want them raw, and you don't want them soggy. Nope, agreed. Fanny goes on to say that you don't want the lard to 'bubble sluggishly' and you don't want them to 'seethe fiercely', just somewhere in between. Lots of 'don'ts' but still no real clues what 'to do'. I guess. Once fried, they are simply rolled in caster sugar which can be flavoured with cinnamon, or not. The choice is mine. Thanks Fanny. I choose to use coloured sugar instead, I'm sure that it will give me 'one up' on those niggly neighbours of mine. Always the right choice if there is ever any doubt. 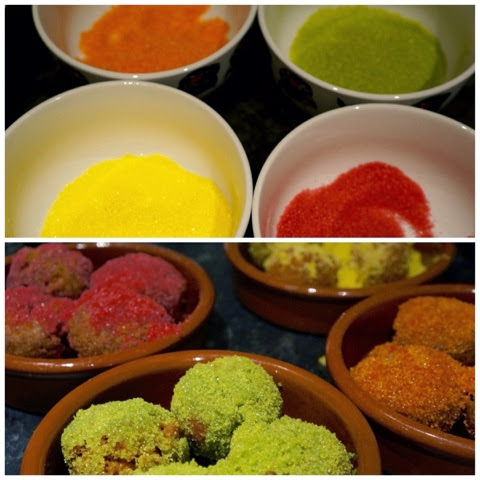 I don't often munch on a doughnut myself, but when I do I like them to be, well, doughy. It's the magic of yeast, sugar and fat that makes them so special. I tried one of Justin Gellatly's on a recent visit to Borough Market. Bliss. For Fanny, at least for now, they just seem like little balls of cake that are fried up. I am slightly disappointed really, I tried not to be but I am. I know she only has my best interests at heart, and I'm sure to find a proper recipe as the Cookery Programme progresses - it would be madness to introduce yeast at this very early stage wouldn't it. On the bright side I can use the joke again, just like Fanny recycling all her recipes I can insert the line from time to time. These doughnuts are good enough, taste alright and look the part, but they aren't going to worry Justin. Maybe I'm disappointed in myself. I'm forgetting that Fanny is teaching me, and this takes time. I can't just congratulate myself after 100 posts (thanks for reading by the way!) when there is so much still to come, Fanny has a lifetime of experience to share with me. For now though, despite having such a strong association in words and history, it turns out that Fannys don't turn out like doughnuts. 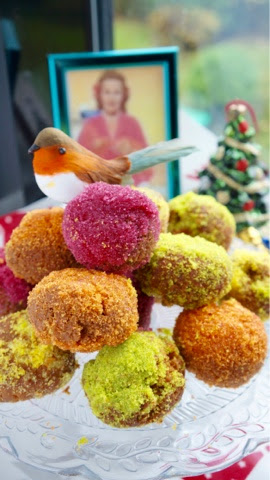