Fanny Cradock certainly had a vivid imagination. Maybe freaky. Some of her earliest books were written for Children, and were lovingly illustrated. Perfect bedtime stories filled with magical creatures, all with familiar names, who got themselves into a series of relatable mishaps in fancied worlds and landscapes. Things could've been very different if the children books themselves had been enough to keep a good income flowing in for Fanny, instead she looked beyond her charming tales towards food. 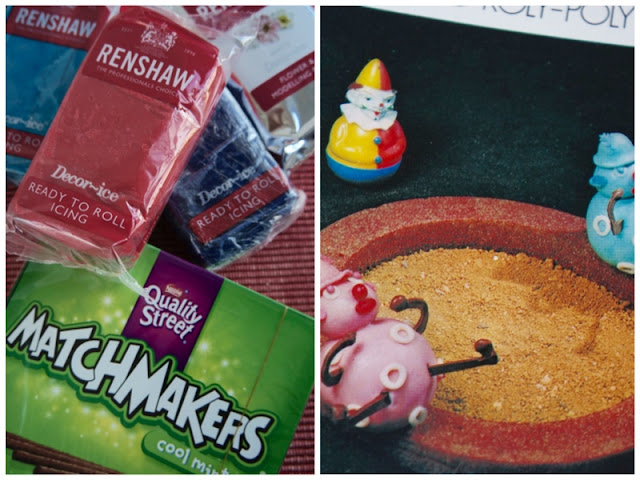 We know, however, that she made the most of her fanciful visions in the food that she created too. Maybe freaky. Often she combined her two worlds into one, and made up things for the young folks to make while their parents busied themselves working through her proper recipes. Her creations might've looked quite at home nestled aside the grown-up recipes as they were often just as colourful, just as over the top and just as bonkers. 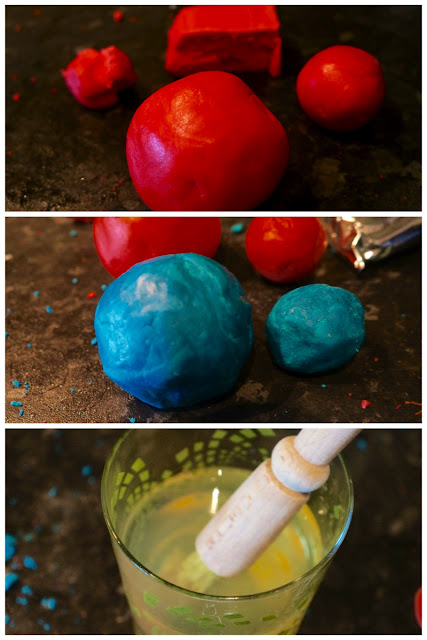 Perhaps Fanny and just been to the Circus, with some rather tipsy clowns rolling into town to entertain her and Johnnie, as she thinks that 'tumbling roly-poly clowns' are ideal for the small fry to make, for no other apparent reason other than for belly laughs. Maybe freaky. Made simply from fondant icing and a few chocolate twigs, there will be no clowning around in the kitchen today. Fanny suggests colouring up some plain, white fondant with any harmless vegetable colouring that you like, there is no need to copy her idea of one pink and one blue clown. Maybe freaky. My fondant is ready-coloured for ease, so I'm sticking with red and blue. Fanny makes her chocolate 'twig' arms and legs with softened chocolate dribbled onto greaseproof paper and cooled, but I'm a step ahead... 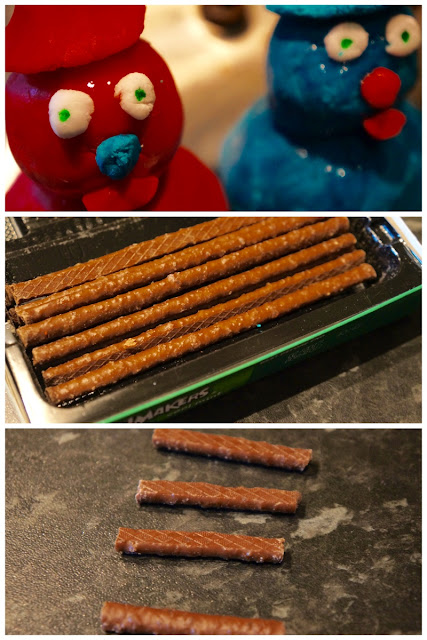 Fanny rolls large balls, about the size of tennis balls, for fat bodies, and smaller balls, about the size of ping-pong balls, for heads, to start her clowns transformation to animation. She glues them together with a little egg white. She makes little hats, little eyes, little noses, little mouths, little ears and little spots for their outfits. All from fondant, although the mouths can be little scraps of glacé cherry if you wish. Once assembled, Fanny uses a cocktail stick to gouge out a little hole to stick in the arms and legs at jaunty angles. To make it look as if the clowns are rolling about and laughing, you see. Fanny suggests that you can even pop along to your local travelling circus and scramble under the marquee to collect some soil for them to rollick around in. Although if you do so, Fanny warns you not to eat this. That would be freaky. 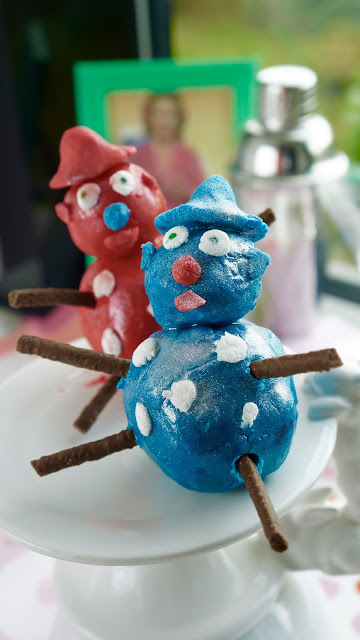