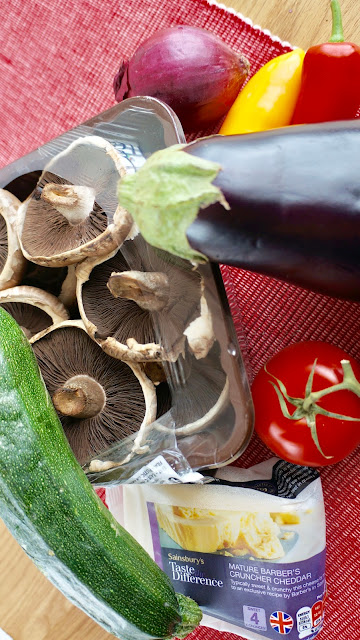 As you might imagine, Fanny was not shy in asking. Without any whiff of social embarrassment, she boldly asked for the recipe. I can still hear the *gasp* now. The dish she had enjoyed so much was called Gâteau Rothschild. The clue is in the name. A treasured family meal of layered late summer vegetables. Presumably goes perfectly with a large glass (or two) or red. Initially, the chef was extremely reluctant to share the recipe with Fanny. After all, it was a closely guarded family secret. And she was known for sharing them in print. For profit. The recipe is contained in their treasured private family 'receipt' book. So, probably, you'd just say 'I understand' and leave without the famous recipe. Not Fanny. She wanted that book. 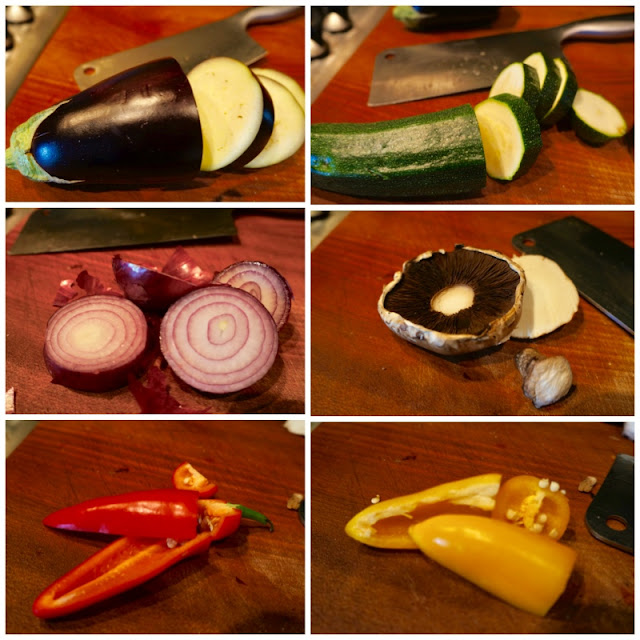 Knowing the time would come when she too would want to impress a crowd, maybe of hungry vegetarians, she persisted to try and secure the secret. The chef, however, would not budge. Nothing stops Fanny as we know, so she went straight to her hosts to explain the reluctance. Not embarrassing at all. The fabulousness suddenly left the room. It worked however, and they asked the chef to prise open the old, valuable, sentimental, family cookbook and let Fanny get her hands on it. Except the chef insisted on simply verbally telling Fanny the recipe making her use all her powers of memory to retain it until she had a chance to jot it down. 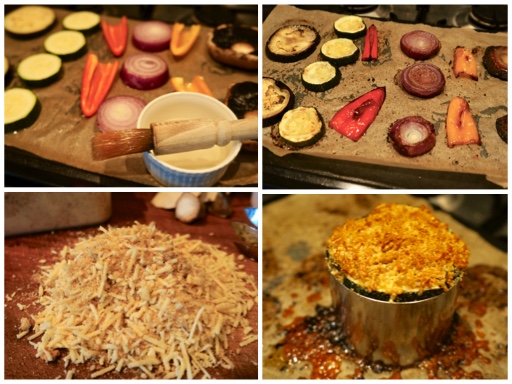 She did though, and then shared it with us all. Naturally. How kind of her to lay bare the family showstopper. It is essentially a layered bake with seasonal vegetables. Courgettes. Onions. Tomatoes. Peppers. Mushrooms. Fanny says it is one of the most delicious and rather time demanding vegetable 'assembly' dishes that she knows of. Clearly not suitable for general family meals (unless you happen to be the Rothschilds) but entirely suitable for entertaining. I take some shortcuts though as time is tighter and it's the chefs night off... 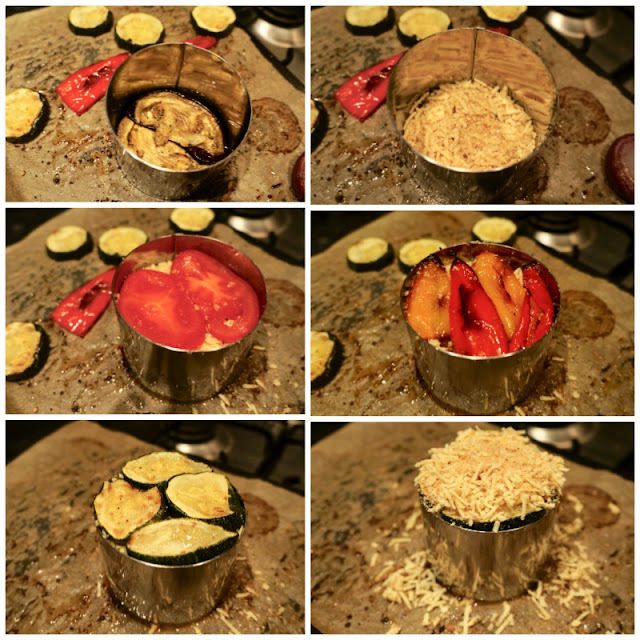 I think Fanny, and perhaps even the Rothschilds themselves, would approve. Fanny laboriously cooks each vegetable separately in pans of foaming butter. Very French. It's important to keep them all separate for the presentation. I slice them thickly, pop them on a tray and roast them in the oven. Once baked, I layer them in a metal ring with alternate layers of a mix of cheese and breadcrumbs, before baking again. Fanny is very particular on the assembly. It must be onion first, then tomato, peppers and finally courgettes. In that order. My final rebellion is to include Aubergine, which I put first. Then, bake again and serve with a tomato sauce, which Fanny calls a fondue. This is how the Rothschild Family served it, and so must we. It was indeed fabulous. I don't imagine, however, that Fanny was ever invited to the Château for Gâteau again. 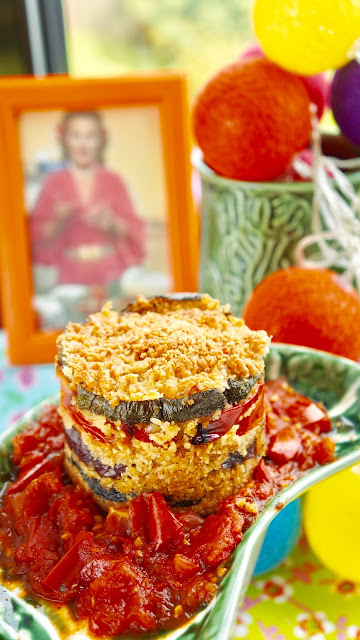